Gummi Bear lumbered into the Ivy yesterday -- where he actually embraced his nom de web! 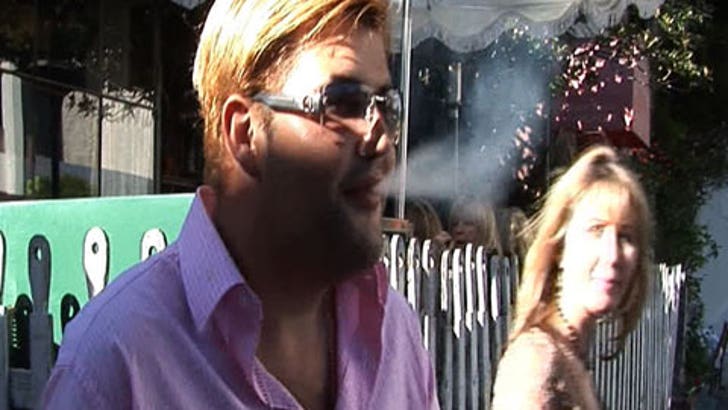 TMZ caught the bear after a feeding in his natural habitat, where he talked about everything from his SCUBA instructor certification (ha!) to his canceled red carpet gig with the Golden Globes (say what?!) -- it's a good thing they were canceled -- bear claws really wreak havoc on cheap nylon pile.

He also took pictures with his legion of fan and wished everyone a healthy New Year ... as he puffed on a cancer stick.