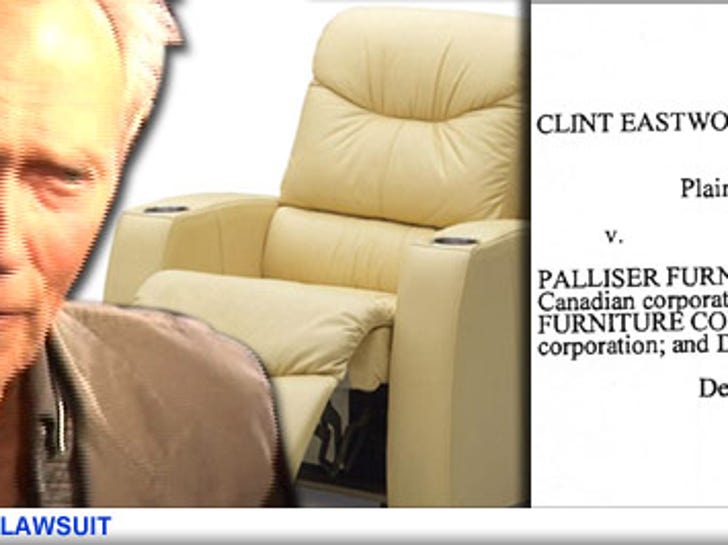 TMZ has obtained a lawsuit in which Clint Eastwood is suing a furniture upholsterer for distributing "The Eastwood" home theater chair. 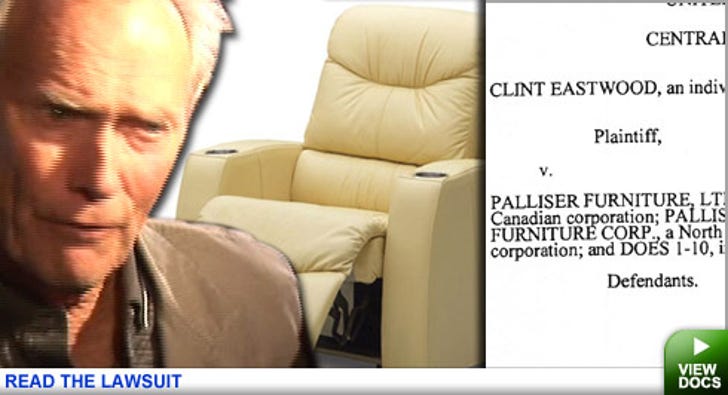 In the lawsuit, filed in Federal District Court, Eastwood claims Palliser Furniture used "his name, image and/or likeness" to hawk the product. Sit on that!

The company has sold other home theater chairs using the names of stars, including "The Brando," "The Cagney," "The Bronson," and "The Connery." Brando's family also sued the company after his death -- that case is still pending.