Tom Cruise, with Suri in tow, went to Jerry Seinfeld's NYC garage and left with a serious case of P.T.S. -- Porsche Titillation Syndrome -- not that there's anything wrong with that. 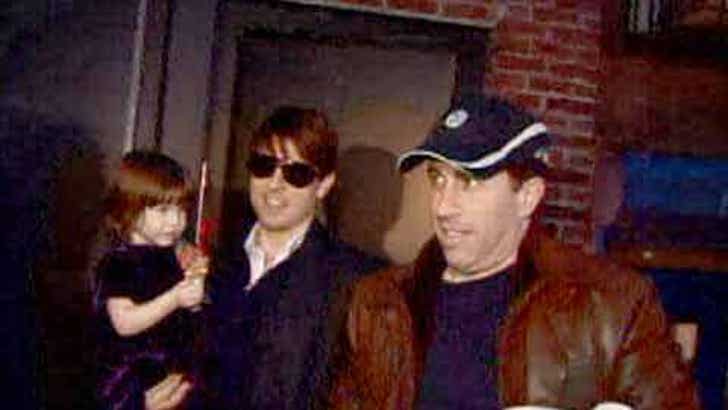 They supposedly looked at Jerry's cars, but Seinfeld said recently he once dabbled in Scientology. Was this a recruiting mission? Did the Scientologuru cast a spell so intense that only sunglasses could thwart its power?

Cruise came out of their meeting muttering repeatedly about "nice cars." Sounds like code to us.