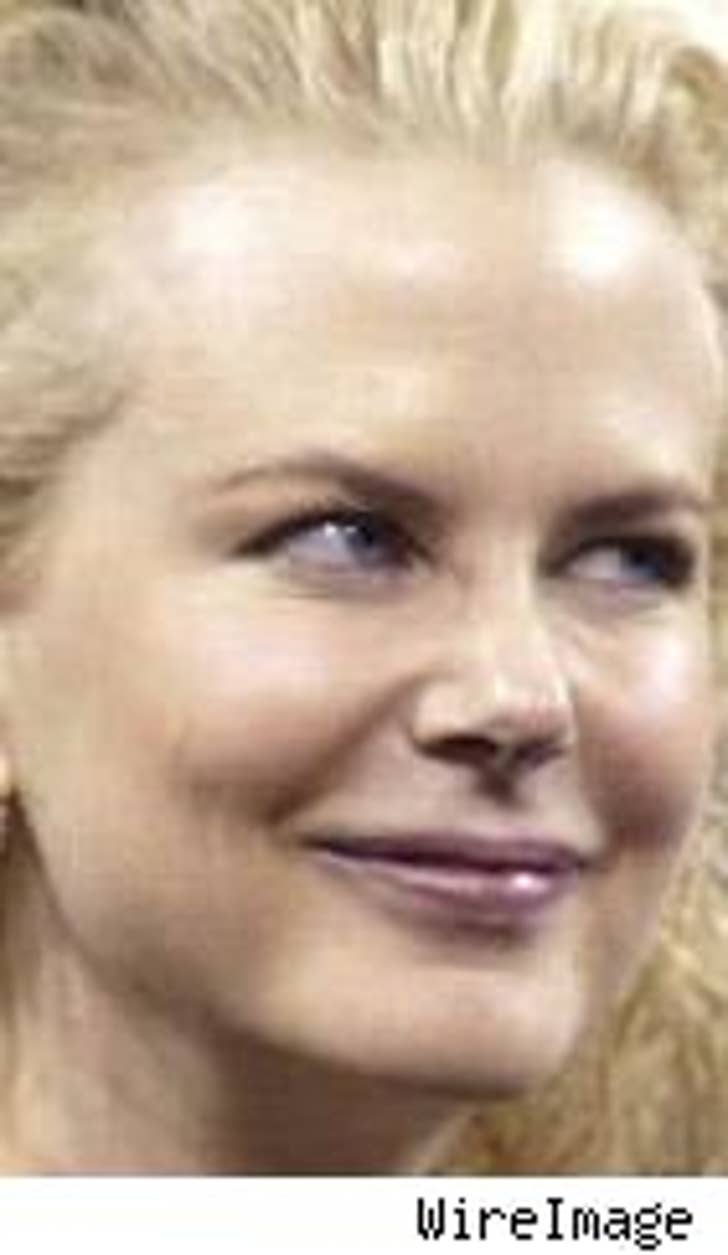 It seems that the frozen-faced Aussie has a thing for men's pajamas. The expectant mom says she feels really sexy when she pulls those drawstring pants on and dons a button-down shirt (via Showbizspy).

While mama gets all hot and bothered in casual menswear, she makes sure to take good care of her husband. Nicole doesn't skimp when it comes to lingerie and loves wearing it to turn on Keith Urban. Apparently, all it took was a little flannel for Keith, and now Nicole is knocked up.

It's a problem when your girlfriend's father doesn't like you. You might as well call it a night when that father starts talking smack about you to the press. Denzel Washington has a beef with his daughter's new squeeze, according to the Daily Mirror.

Big daddy is not a fan of the earrings worn by 20-year-old Katia's BF, and gave him a heads up that he wasn't going to be nice. Since Denzel's a big time movie star, he put his son on the case to do all the dirty work -- and the "American Gangster" will "finish him."

The time has come. Tomorrow, Kiefer Sutherland, will get out of jail and this time, Jack Bauer won't have to escape or fight any guards to break free. The actor, busted for drunk driving, spent the past 48 days washing clothes and sheets in the big house. Kiefer was put on laundry duty, and according to prison guards (via the AP) was "very humble" and "never complained."

Party Favors: Jen's Flirting with Love ... Conan Waiting in the Wings ... Salma Hayek Got Back

After striking out in past relationships, things are heating up for Jennifer Aniston on the set of her new love story, according to Just Jared. Lonely Jen has reportedly taken a liking to her on-screen lover, Aaron Eckhart. ...In anticipation of his big promotion to "The Tonight Show," Conan O'Brien bought a large pad in Brentwood, says the L.A. Times. The house may turn out to be just a real estate investment, as Uncle Jay is reportedly having second thoughts about saying goodnight to the "Tonight Show." ... New mommy Salma Hayek is showing some skin and dangerous curves, just 4 months after giving birth, as seen in pics in the Daily Mail.