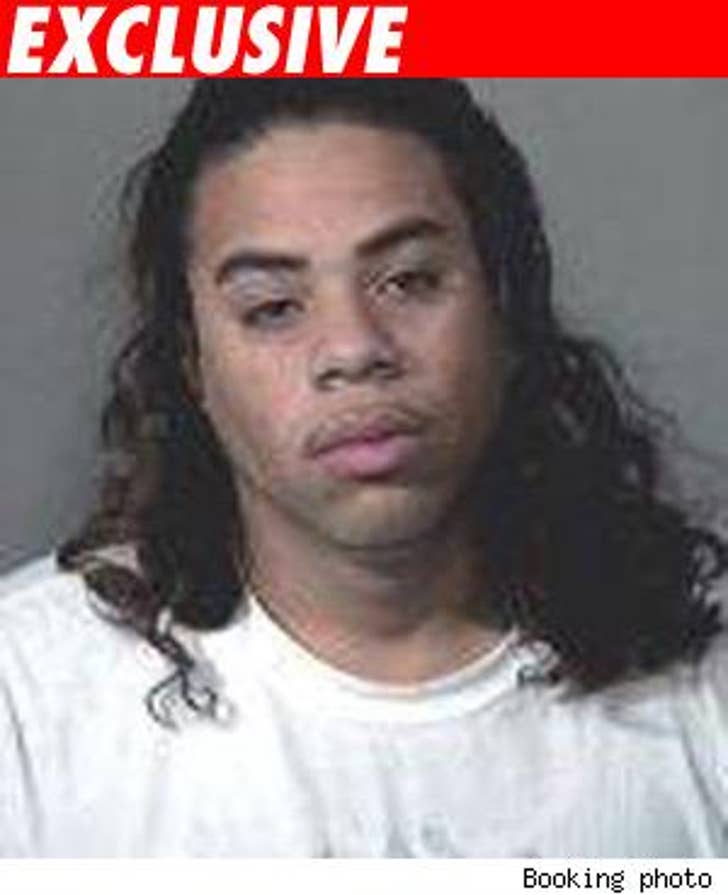 Perrie Cataldo -- a smooth-talking "AI" contestant who crooned his way to Hollywood last night -- once had a secret weapon up his sleeve ... literally!

TMZ has obtained an arrest record revealing that Cataldo carried a handgun into a bar in Glendale, Ariz. back in 2006, after being kicked out for fighting. According to the arresting officer, Cataldo was "concealing" the gun under his clothing, and was confronted by security and arrested.

Cataldo plead no contest to carrying a concealed weapon (a misdemeanor) and was fined $568.

Cataldo went to serious lengths on last night's show to explain to the judges that he'd turned his life around since then. He revealed his baby mama was killed for being "at the wrong place, at the wrong time, with the wrong people, doing the wrong thing."