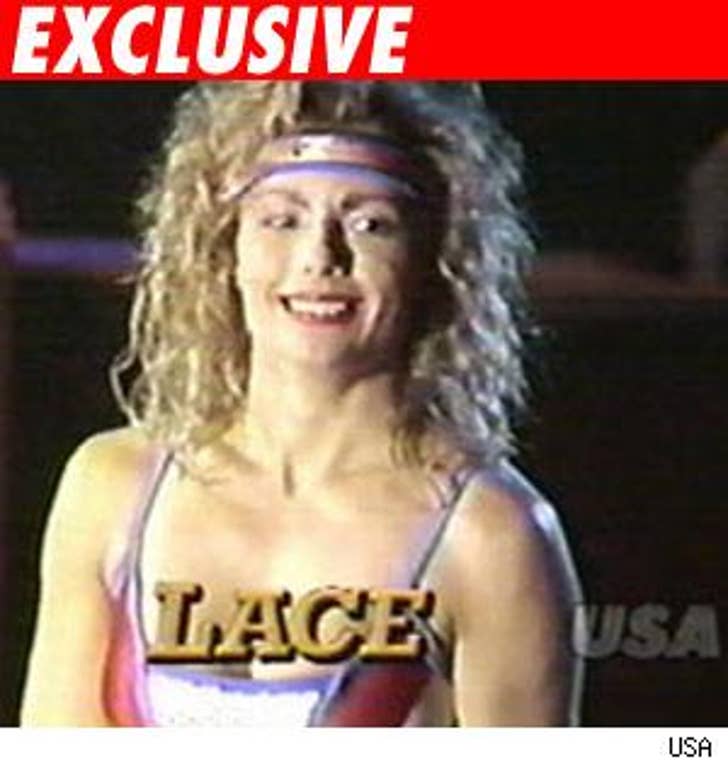 TMZ has learned that Lace, one of the original American Gladiator babes, was arrested just a few hours ago after cops say they found drug paraphernalia on her person. Gladiator wasn't ready for that!

According to the L.A. Sheriff's website, Lace aka Marisa Pare, was arrested by LAPD officers around 1:15 PM and taken to Van Nuys jail, where she was cited for possession of narcotic paraphernalia.