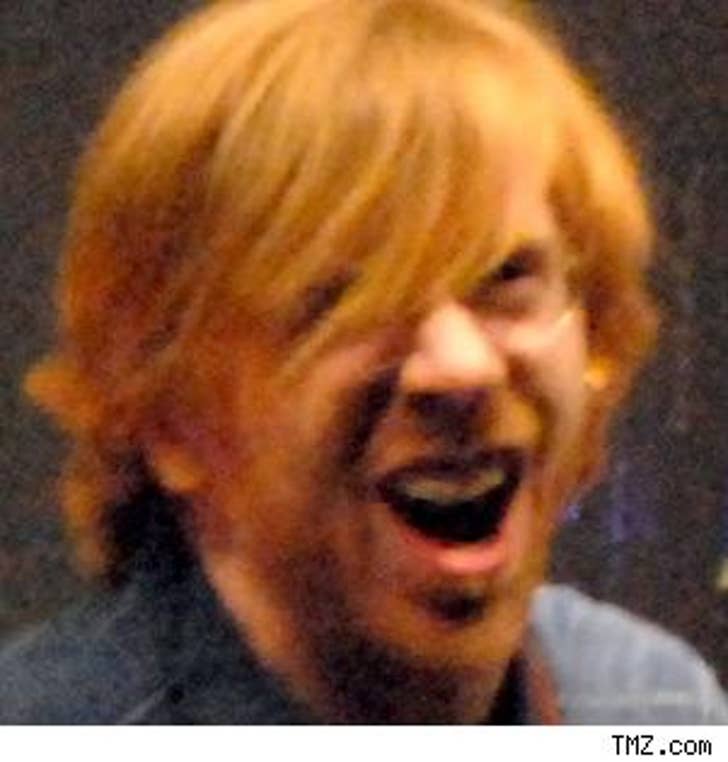 Phish guitarist Trey Anastasio just got tossed in the can for two days in upstate New York -- for missing a drug counseling session, of all things. Bouncing around the cell!

Trey spent last Wednesday through Friday at the Washington County Jail, in Fort Edward, N.Y., after he violated the terms of a guilty plea made back in April. He was popped during a traffic stop in December 2006 for having painkillers without a prescription.

Sheriff Roger Leclaire told the Glens Falls Post-Star that Anastasio was in the general inmate population and that his stay was "uneventful."