With kids, a new hubby and a whirlwind world tour, who has time to deal with selling a car? Not Mel. B.! 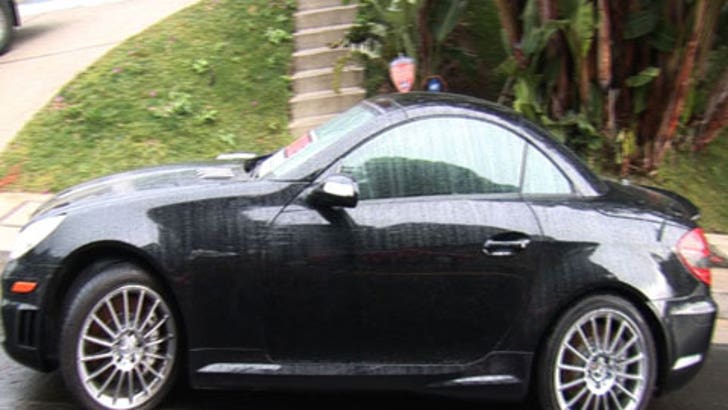 A spy spotted this pocket rocket Benz outside Scary Spice's home in the Hollywood Hills -- with a For Sale sign in the window! We tried the number, and a nice man told us that the ride is a 2006 AMG SLK55, "fully loaded," with only 10,000 miles. Asking price? A paltry $47,000.

While he didn't confirm that Melanie Brown was the seller, he did say that his "boss" was "out of the country." Like, in Manchester, England, perhaps?