Now that having a paparazzo is the latest hot accessory for young starlets (okay, for one, and only one celebuwreck starlet), Paris Hilton just had to get one for herself. Maybe. 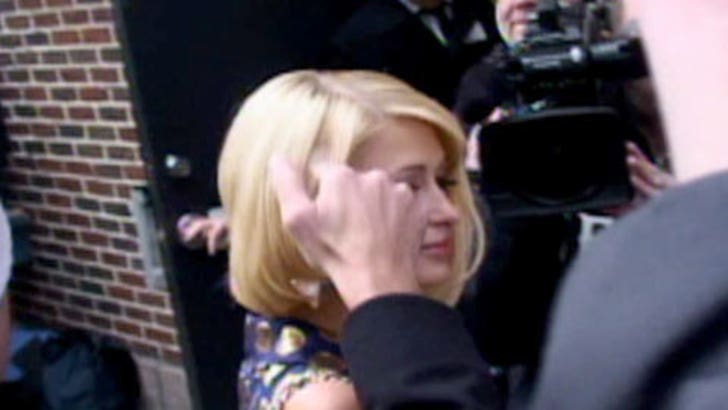 Paris showed up for David Letterman's show this afternoon and was very conspicuously followed by a guy with a camera who even helped touch up her hair. Even on the fly, Paris gets her hair did.

As for her return engagement with Dave, we're told that Letterman -- who made Hiltie "sad" the last time she was there by bringing up her slammer stint -- actually gave her flowers.