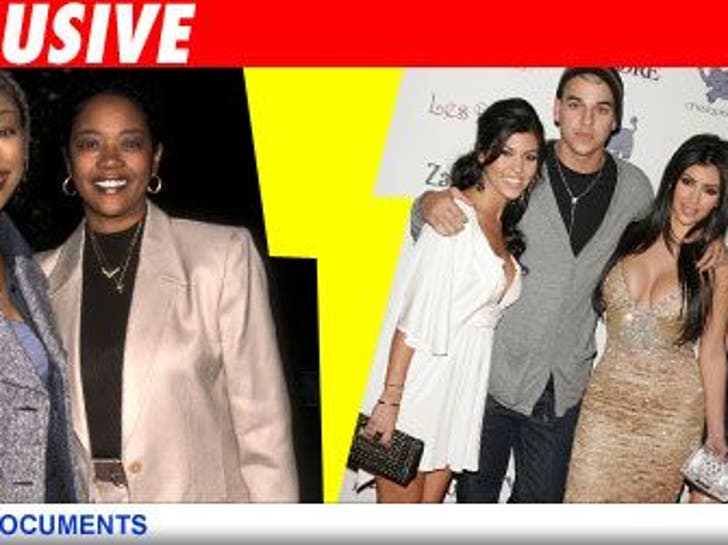 Brandy's mom is suing everyone Kardashian, claiming they raped her financially. 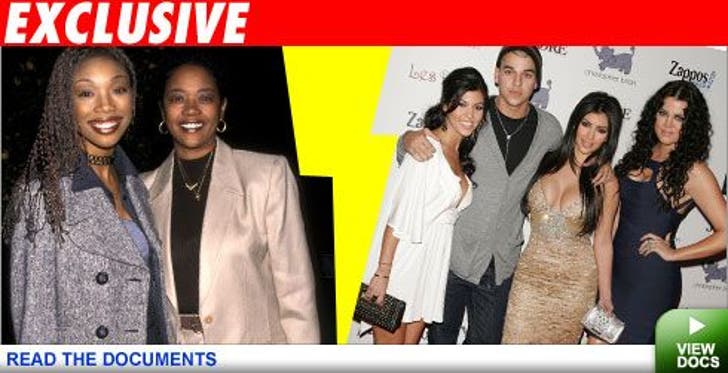 According to a lawsuit filed today in L.A. County Superior Court, Sonja Norwood, the mom of Brandy and Ray J, claims in 2004, when Kim K was a stylist, she was given permission to use Sonja's American Express card to make "one (and only one)" purchase on behalf of Sonja.

And get this for audacity: the suit claims the Kardashians charged thousands of dollars in their own stores, Dash and Smooch.

It's unclear why Sonja didn't just cancel the card.

UPDATE: TMZ got the following statement from the Kardashians: "The charges against the Kardashians are meritless. Both Kim and Khloe were employed by the Norwoods and never used their credit cards without their express authorization. The Kardashian family looks forward to proving the absurdity of these claims in a court of law."

UPDATE: TMZ obtained this statement from Sonja Norwood: "I did not want to commence litigation against the Kardashian family without conducting an exhaustive investigation into the charges, and discussing all options, including criminal prosecution, with my family. After Ray J and Brandy urged me not to file criminal charges because of their prior friendship, I decided to afford the Kardashians an opportunity to resolve this matter without a lawsuit.

When the fraudulent charges were brought to their attention, they apologized profusely, and advised us, through their attorneys, that they would pay the debt in full. However, they have since reneged on that promise. The investigation has revealed that the Kardashians used their two stores and other stores that I have never visited to take advantage of me. I very much look forward to having the Kardashians account for their misconduct in a court of law. I also welcome the examination of any so called evidence to determine whether it was fraudulently obtained or whether it constitutes a forgery."