Diddy really took his life into his own hands last night when he unwittingly walked into a party attended by the fur-hating Humane Society, wearing -- you guessed it -- a coat with a fur collar. 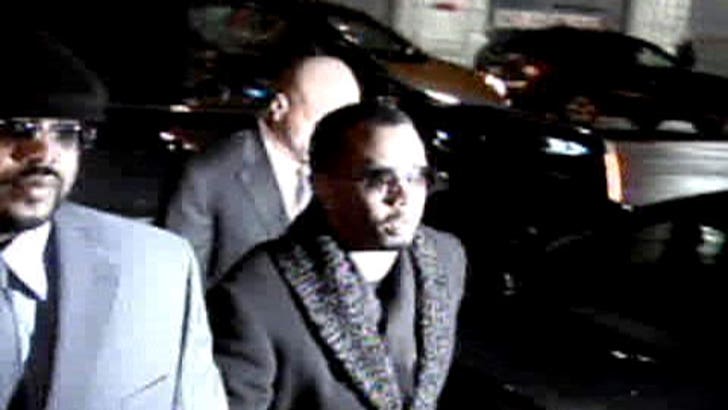 And not just any fur collar -- so we're told by a Humane Society bigwig who was at Butter for the Charlotte Ronson after-party (the HSUS sponsored her runway show). It's baby karakul, which is sometimes harvested from fetal lambs, says Kristin Leppert, director of the Anti-Fur campaign -- though she admits that Diddy had no idea that it was the HSUS was anywhere near Butter.

We called Diddy's reps to see if his collar was in fact karakul, but haven't heard back. The Humane folks tell us that Diddy has been "very cooperative" in the past -- like when they pointed out the use of raccoon dog fur in his Sean John clothing line. And TMZ has learned that Diddy and HSUS are talking in advance of Diddy's Fashion Week show on Friday.