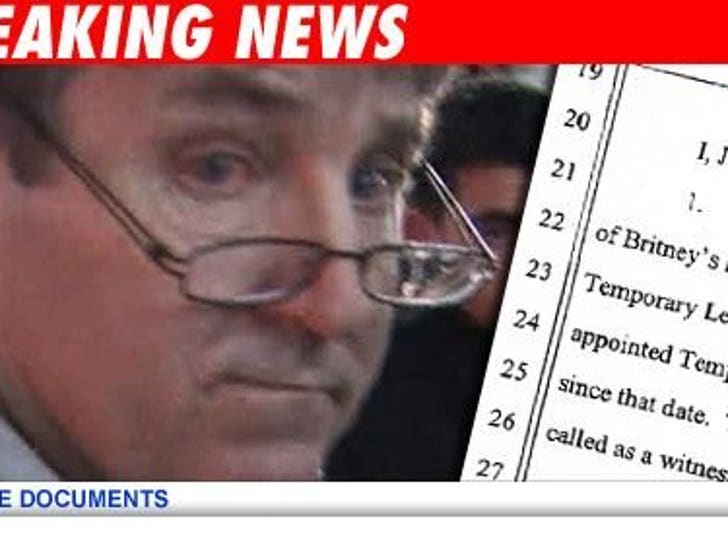 In a declaration signed by Jamie Spears, he claims on Sunday, February 3, "I was unable to visit the hospital during the day because I had to work: I am a cook, and I was catering a large Super Bowl party." 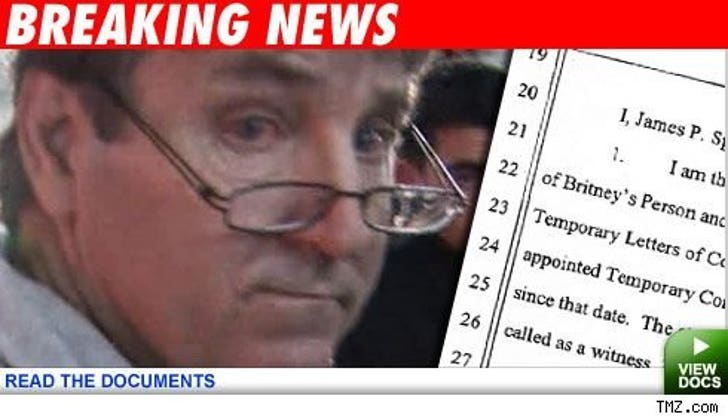 Jamie continues, "While I was working Britney called my cell phone at least four times. She called me about every 20 minutes." During one call, she said, "Daddy what are you doing?" Jamie responded, "I told her I was cooking. Britney said, 'What are you doing cooking, daddy? Why are you not here with me?' I told her, 'Baby, daddy's got to work.'"

Jamie continued, saying that Britney asked him to "hurry up and get here ... because you gotta get me out of here."

Jamie said Brit asked him to bring her some vanilla ice cream.

When Jamie got to the hospital, Brit was unreceptive. "I leaned over to kiss her. She turned her head away from me. I said to her, 'I love you.' She said, 'No you don't.'"

Britney became upset, claiming "someone was lying to her" about who was keeping her at UCLA. Jamie said, "No, I'm not keeping you here." A nurse came in to tell Brit that the hospital was keeping her there, not her dad.