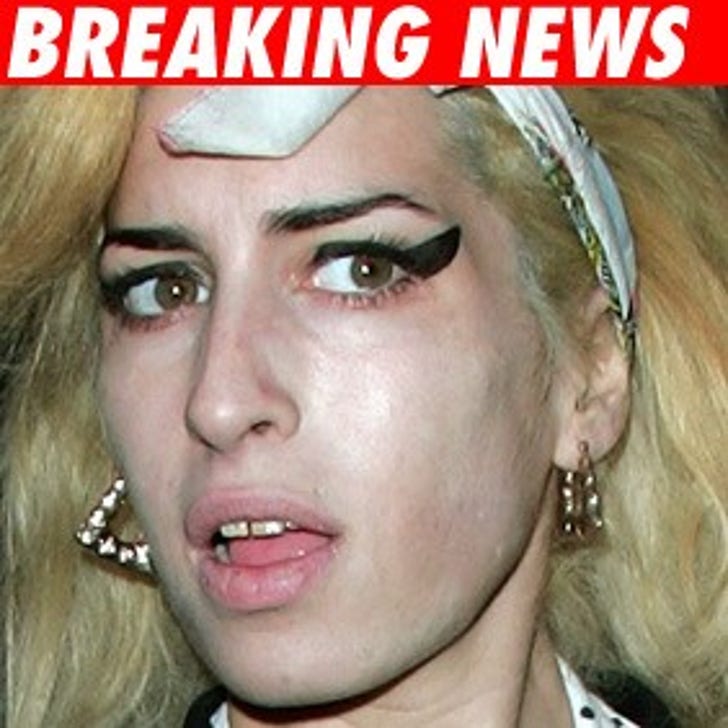 UPDATE: Entertainment Weekly reports Amy will perform at the Grammys -- but via satellite.

Uncle Sam does not, not, not want Amy Winehouse! TMZ has learned the cracked-out singer will not perform at this year's Grammy Awards because her visa has been denied.

After the decision came down, her publicist issued the following statement: "Amy has been progressing well since entering a rehabilitation clinic two weeks ago and although disappointed with the decision has accepted the ruling and will be concentrating on her recovery."

No word on why the visa was denied, but perhaps this, this, this and getting caught on tape allegedly smoking crack might be to blame.

Winehouse, who has been in and out of rehab, also canceled a slew of tour dates this year.