In a mad dash to avoid photogs outside of Katsuya, Maroon Five frontman Adam Levine led his friends on a chase across Hollywood Blvd. -- that left them standing alone in a crosswalk -- forcing them to run down the street to catch their fleeting ride! 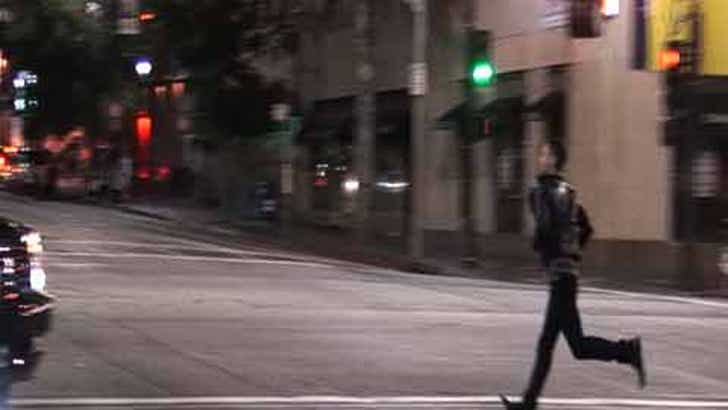 One of Levine's buddies was almost run over as he tried to board the blacked-out SUV -- when their driver floored the gas to take their precious, falsetto-blessed cargo to safety!