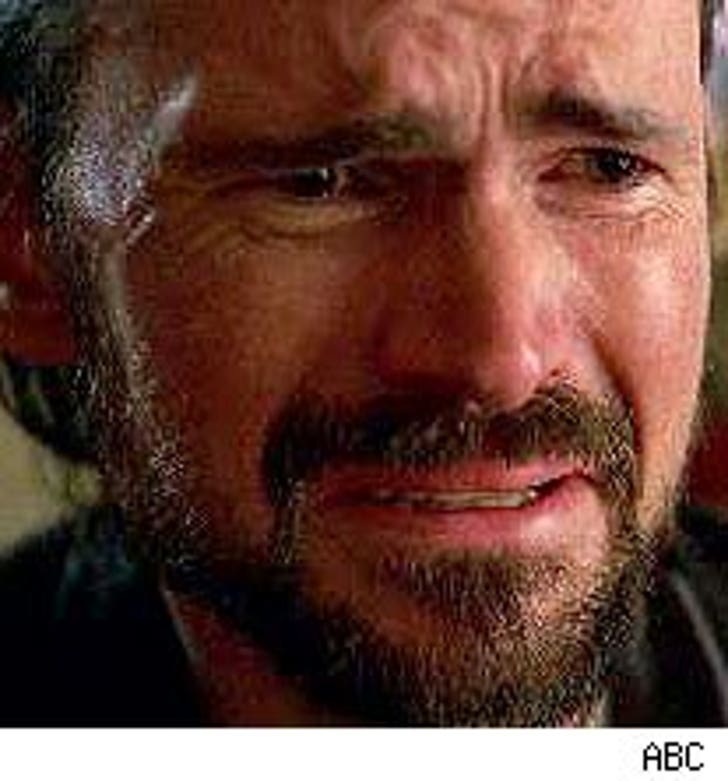 In the week since the premiere aired, I think I've had about 1,500 conversations about "Lost." I don't understand how people watch the show on DVD and just plow through episode after episode. I need the full week to digest what just happened.

For all you "Lost" Diary newbies, here's how it goes: I gather with a group of friends watching "Lost," writing what happens on the show as it happens, and throwing in my two cents along the way. Tonight I am watching the show by myself -- time constraints prevented me from watching it with the whole crew.

6:01 -- With the title of this episode being "Confirmed Dead," I have a feeling this underwater camera we're looking at is looking for the survivors of the crash of Oceanic Flight 815. As Naomi said last season, everyone thinks they're dead -- and as I said, someone probably went through a lot of trouble to make that happen. This could be that story.

6:02 -- Yup, it's the plane. Wow, a major prediction of mine from last season has just been proven right. Hang on a sec while I pat myself on the back ... Okay, done.

6:03 -- Dan, the guy who parachuted onto the island at the end of last week, is crying over news that Oceanic Flight 815 was found -- and he doesn't know why. So if this is Dan's flashback, and they are just finding the wreckage, I guess the question is: Will we learn something tonight about how much time has passed off the island and if it's any different than the amount of time that has passed on it?

6:08 -- Daniel doesn't know where the rest of his crew is, and lost his pack that has his phone. He is the worst rescuer ever. He also acts like a nervous meth addict, which is odd.

6:11 -- Locke just told everyone that they have go see Jacob (though he didn't put it that way) and he's getting his orders from Walt. Also, Ben looked like he picked up on the fact that Hurley let it slip that he saw Jacob's cabin.

6:12 -- "Because he's a liar and he's trying to scare us. Or because the people coming here intend to do us harm." -- Juliet, talking about Ben. Like I said before, Ben is always telling the truth, except when he's lying.

6:13 -- "Rescuing you and your people ... can't really say it's our primary objective." -- Daniel. Like I said, worst rescuer ever. I wouldn't lend this guy a dollar, much less put my life in his hands. The gas masks aren't exactly a confidence builder either.

6:15 -- As a few readers theorized on the message boards last year, the gunshot went through Locke's body and didn't hit any major organs -- because he doesn't have a kidney there. And Locke thought there were no pluses to having his kidney stolen from him by his con artist dad.

6:16 -- Jack and Kate found Miles, and he's, shall we say, not exactly friendly. It boggles my mind how Jack and Kate kept following Daniel without making him clarify the "not our primary objective" thing. Idiots.

6:21 -- Into Miles' backstory now, he appears to be some sort of shyster ghostbuster. 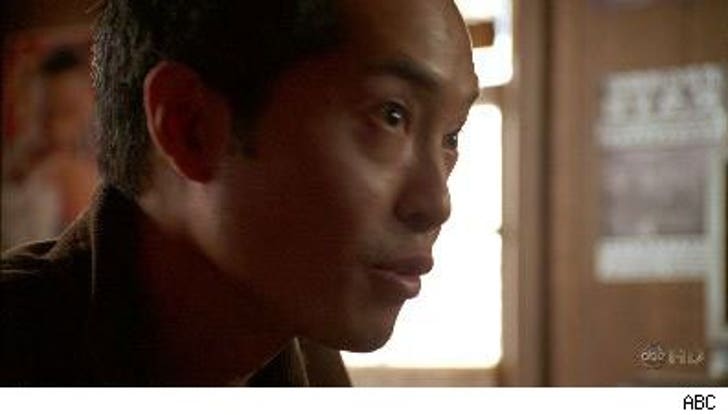 6:24 -- "Tell my sister I love her" was in fact, a code, and Miles seems a little broken up over Naomi's death. Perhaps he and Naomi were more than just co-workers.

6:28 -- After a few minutes of low-pitched babbling, Miles agrees that Naomi died like Kate said she did. Also, finally, Jack is figuring out that they need to get the hell out of there. Little late there, Jack. Little late.

6:33 -- We're on our third rescuer flashback, and in this one, Charlotte is a female Indiana Jones of sorts who has just discovered a polar bear skeleton ... with a Dharma collar. Okay, this raises lots and lots of "WHEN THE HELL ARE WE?!?!?!?" questions. 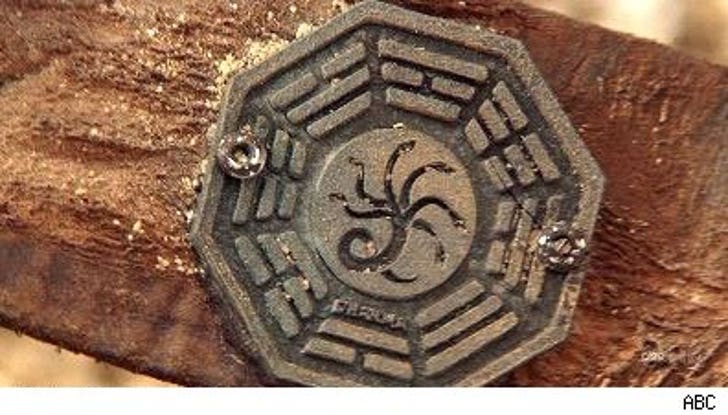 6:35 -- Back on the island, Charlotte is introduced to the Locke group of Losties. It will be interesting to see what they do with her.

6:37 -- Leave it to Sayid to start asking Miles and Daniel the questions Jack and Kate should have been asking from the beginning. Actually, that would make a great show -- "Leave it to Sayid." Only instead of a precocious little boy getting into mischief, a hairy Iraqi guy tortures people every week. Tell me you wouldn't watch that?

6:39 -- "See there's your problem ... we don't want to be found." Locke to Charlotte. There's something about Charlotte, I can't put my finger on it. I kind of believe that she believes she's there for a good purpose -- and not to kill everyone.

6:40 -- What are the odds Charlotte's transmitter is attached to an animal -- like Vincent?

6:46 -- Our fourth rescuer looks like a surf bum -- and he claims he was supposed to fly Oceanic Flight 815 on the day it crashed. Seems a little strange to go from airline pilot to surf bum in that amount of time -- of course, we don't know how much time has passed. But something tells me that will be the big reveal tonight.

6:51 -- Surf bum rescuer is named Frank and he landed the helicopter safe and sound on the island. Why are the lovable drunk pilots in TV and movies always the best pilots?

6:56 -- Matthew Abaddon and Naomi are plotting the "mission." Obviously, Mr. Abaddon does not work for Oceanic -- and probably not for Penny, either.

6:57 -- "There were no survivors of Oceanic Flight 815." -- Abaddon. You sure about that one, Matt? But that does explain why Naomi seemed genuinely surprised to find Oceanic survivors on the island

6:59 -- After playing "This Is Your Life" with Charlotte, Ben tells everyone he knows why the rescuers have come to the island -- they're looking for him. 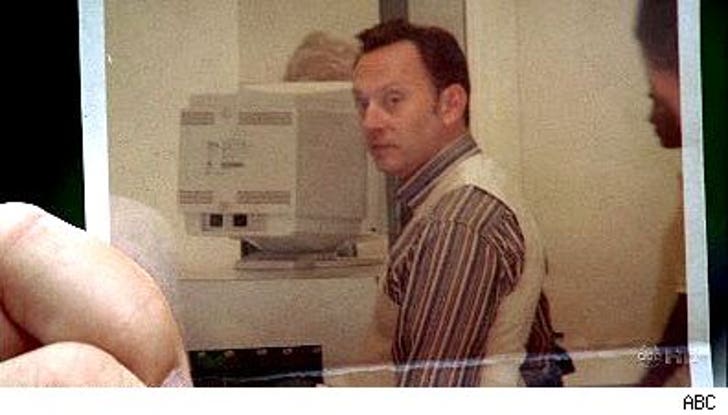 I give tonight's episode a B-. They did a solid job of setting up the rescuers, giving us a dash of mystery there at the end with Abaddon -- who is shaping up to be a legendary character after just two scenes.

The five-person flashbacks tonight gave us some interesting backstory for our rescuers. With the exception of Naomi, you have to wonder if any of the four remaining (living) ones really have the whole story as to why they're there. I believe they know most of it -- but Naomi knew more -- and now she's dead.

One of the things I like most about the start of the season is how balanced things are. Sun and Jin haven't been prevalent in the slightest (go back and watch the premiere -- Jin looks like he was edited in later for all scenes, I swear), but for the post part, everyone else is involved equally. I hate it when sometimes we don't see Locke or Sayid for two weeks in a row. The balance of the cast has been on display in these first two episodes.

So imagine for a second that you're Jack. Your entire purpose in life right now is to get off this island. And then these people show up, pointing guns at you, carrying gas masks and telling you that rescuing you isn't really their top priority.

On the other side of things, you have Ben. He has pretty much become the bane of your existence. You have said on numerous occasions that you want to kill him. Handing him over to the rescuers will (probably) improve your chances of being rescued yourself.

What do you do?

Now, I think we, the viewers, trust Ben more than Jack does, so let's try and think of this from Jack's point of view. As shady as these new rescuers appear to be, if you're him, don't you try and help them as much as you can? I am pretty sure Jack would hand them Ben's head on a stick if they asked. Has to be a no-brainer decision from his point of view, right? Right?

Over on thelostdiary.com, I do a question-and-answer column every Tuesday. I skipped it this week because I felt we needed two weeks to really get things rolling. Click here to send me a question.