"LA Ink" star Kat Von D took to the Internet and the streets of Hollywood yesterday to tell her fans she did not pen the anti-Semitic message she is accused of writing. 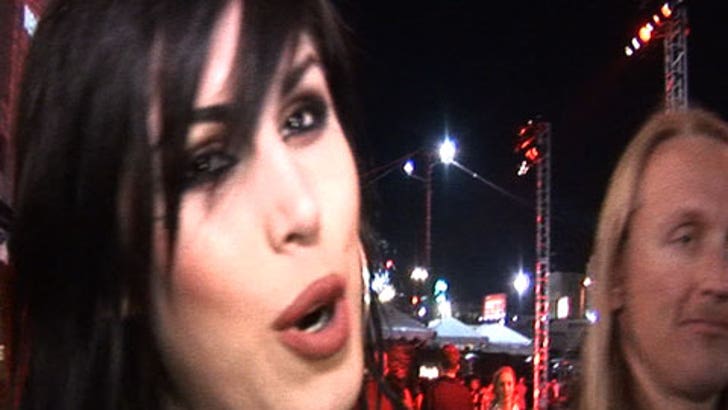 TMZ spotted Kat at Avalon last night, and while signing autographs she told our photog, "It was an obvious case of forgery."

On her MySpace page, Kat wrote a long blog post that said, in part, "The first time I saw the actual photo with the writing on it, I almost puked, considering, those are things I would NEVER even think about, let alone write!"

As TMZ reported, Ami James (Kat's former boss on "Miami Ink") received a photo with a swastika and a flaming Star of David that was allegedly written by Kat. She denies it, and TLC, which airs "LA Ink," is standing by her.