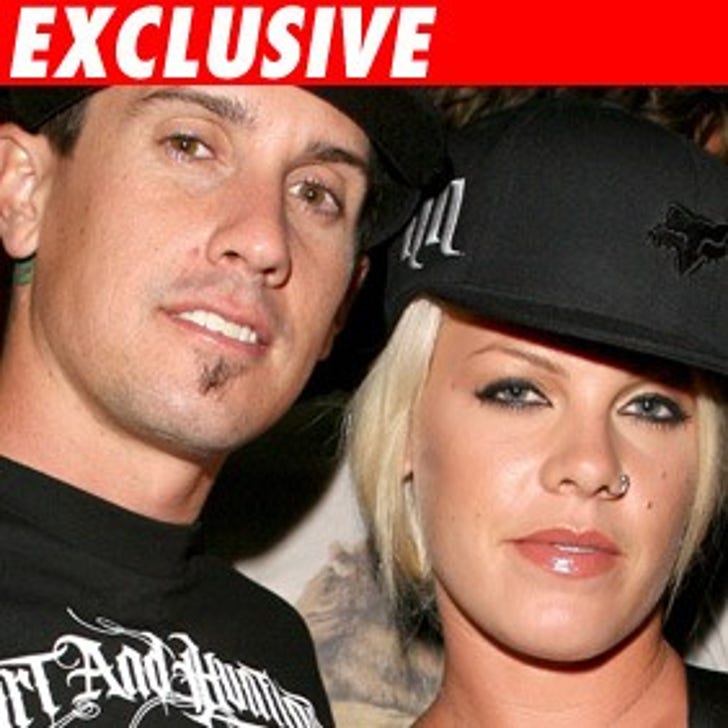 The P!nk-Carey Hart split, TMZ has learned, is a story as old as wage labor: Their careers just plain got in the way.

Sources close to Carey Hart tell TMZ that the motocrosser is telling people that he and his ex still love each other and "will remain best friends." The downfall of the marriage came as a result of careers getting in the way. P!nk has headed back to the studio to work on her music, while Carey is busy opening new nightclubs.

TMZ has also learned that Hart is opening the first of his new brainchildren -- a spot called "Wasted Space" -- at the Hard Rock Hotel in Las Vegas in May. The club will be a live music venue that will feature new rock bands -- and music legends.