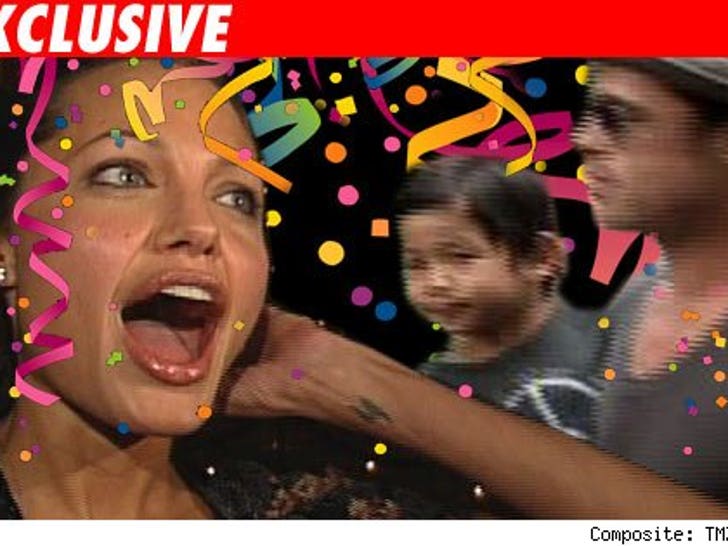 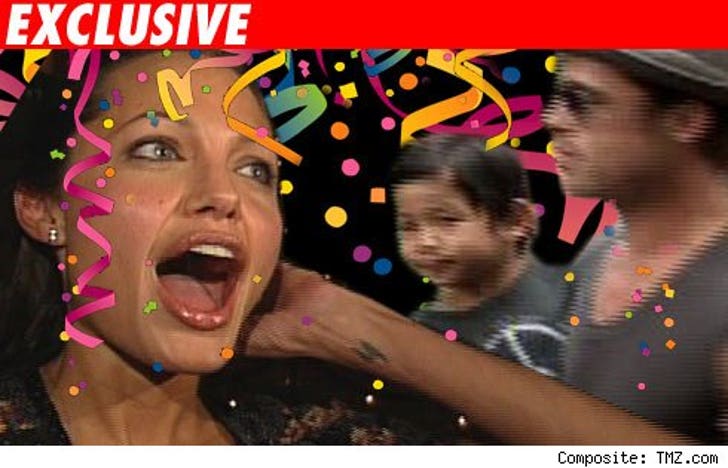 We've learned they went to L.A. County Children's Court in Monterey Park, Calif. yesterday and appeared before a judge who finalized Pax's adoption.

The adoption was a two-step process. First, the adoption had to be approved in Vietnam, where Pax was born. The second step was getting an L.A. judge to approve the adoption -- that was done yesterday.

A rep for Angie tells us the Jolie-Pitts were literally celebrating at the courthouse. Mama Jolie walked out with a teddy bear -- a private foundation gives a stuff animal to every family that goes to Children's Court.

Hey Pax -- you're officially one of the luckiest young'uns alive!