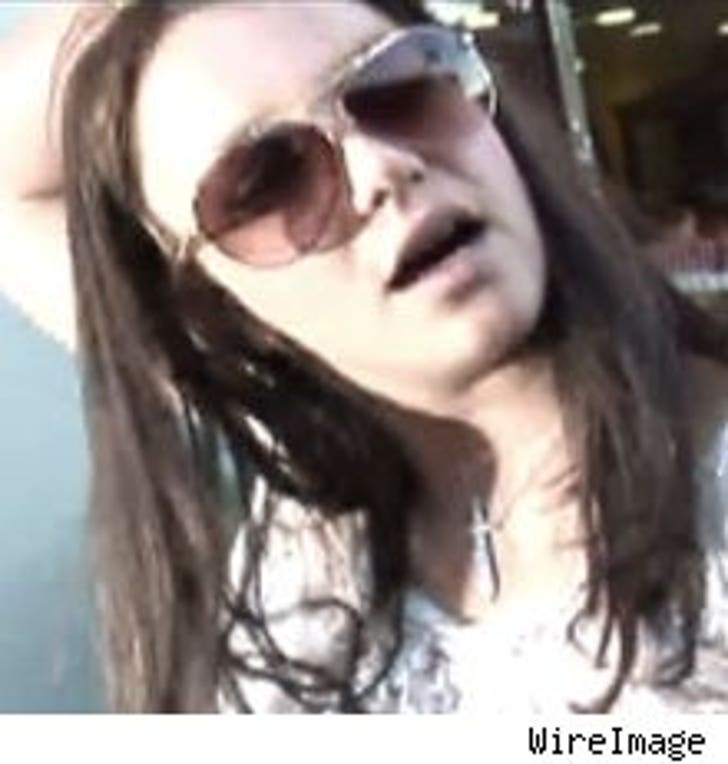 TMZ spotted Britney Spears over the weekend after dinner at Mastro's Steakhouse, but she was apparently a lot happier pre-meat-feast than post-.

People reports that the Britwreck "smiled and appeared in good spirits" as she went into Mastro's, and had quite the repast – steak, lobster, fries, mashed potatoes. But later, says People, "she seemed quiet," and kept getting up to go the bathroom and to smoke, just like her trip to Citrus at Social last week.

After dinner, she got the full white-coated escort to her car, which the chef described to People as "a war zone."

If you're president of France and you're marrying a supermodel, you don't take s**t from anyone, even if they might vote against you someday.

In a video making the rounds tout l'Internet, Sarkozy reaches out to shake a man's hand at a farm fair in Paris, when the man replies (in French), "Don't touch me, you are soiling me." To which Sarkozy, ever-feisty, snarls, "Casse-toi, pauvre con," which, depending on how literal you want to be, means, "Piss off, poor idiot."

Sarkozy's popularity, already in freefall, has taken a further hit after the Saturday incident.

The Dolt from Dortmund Freddie Von Anhalt tells Gatecrasher that wife Zsa Zsa didn't go out for the Oscars, staying home and watching on TV instead. Time was, he says, when Ms. Gabor would put on a gown, go out, and "slap a couple of people." ... Jimmy Kimmel's registered his revenge sex on Sarah Silverman – and it's with Ben Affleck. The video evidence here. ... Even Hello Kitty, the pinkest pink pussycat around, is about green, lending her visage to one of those SIGG Reusable Water Bottles. Madonna and Michael Buble are hydrating themselves with the receptacles.