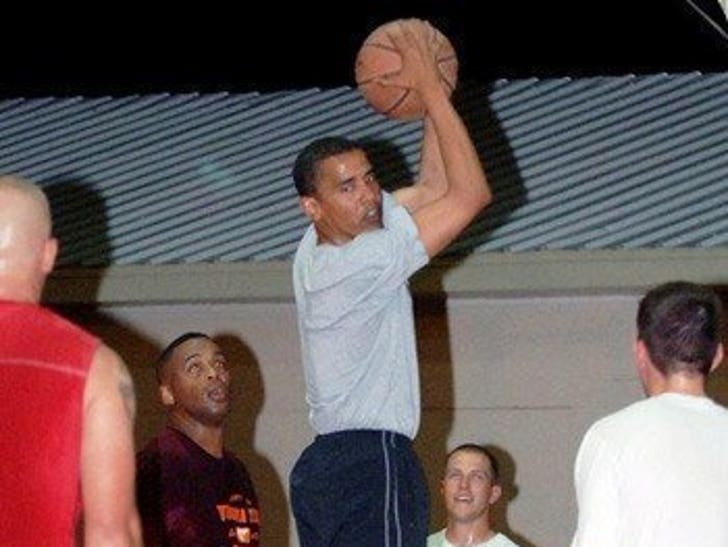 Some people look for luck in rabbit's feet, four-leaf clovers or shooting stars -- but the leading Democratic candidate for President, Barack Obama, harnesses his chi on the hardwood. 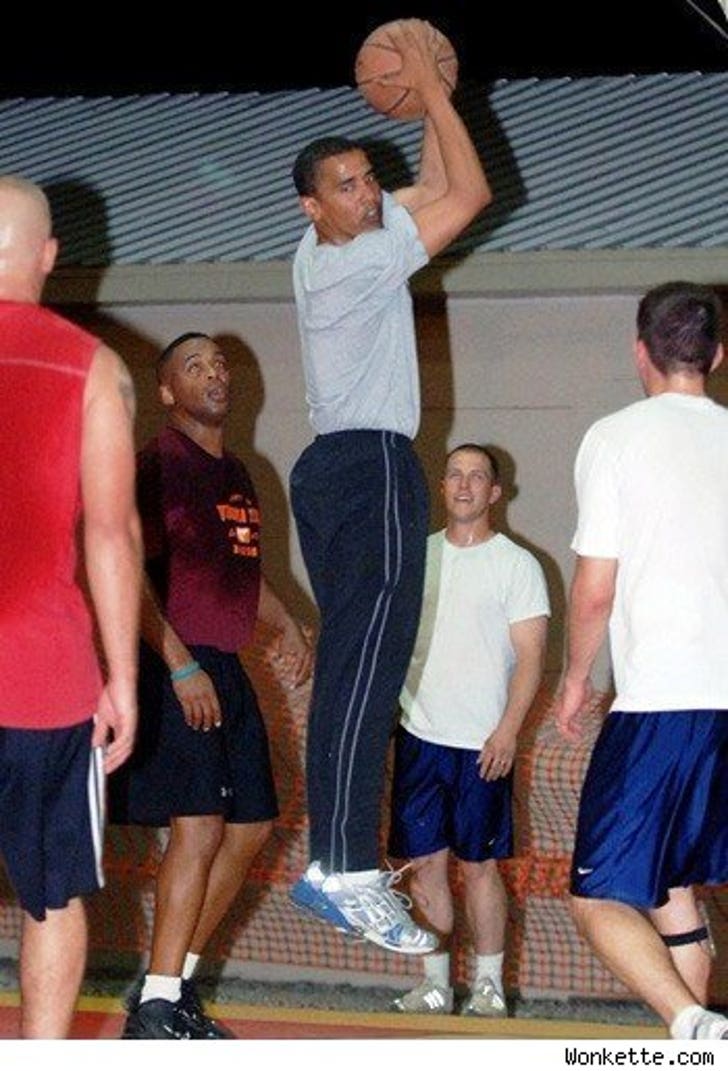 According to Barack's people, his one-and-only superstition falls on election days -- when he has to play hoops. Otherwise he fears the wrath of the election gods -- who will punish him with a loss if he doesn't play ball.

Barack's family is big into basketball -- his brother-in-law, Craig Robinson, is the head coach for the men's team at Brown University. This photo -- first seen on Wonkette.com -- was taken in 2006 as Barack played hoops with American soldiers stationed in Africa.

Let's see Hillary do that.