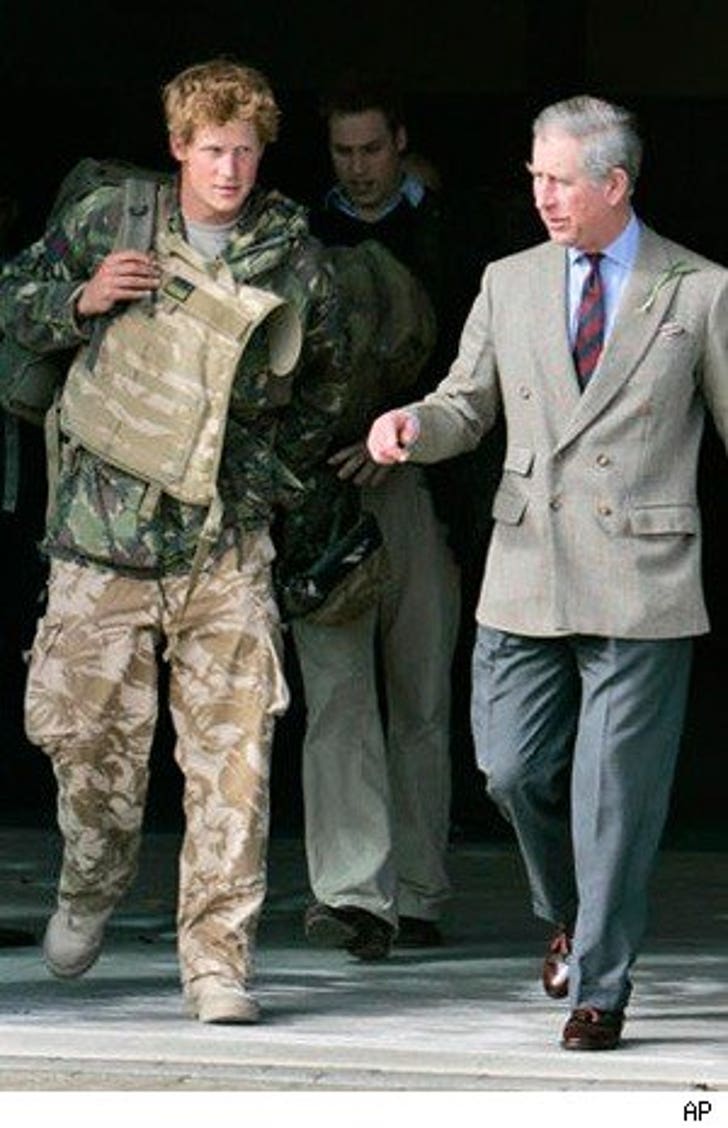 Long live the Prince! Prince Harry arrived back in Britain today after a 10 week stint in Afghanistan -- withdrawn after the details of his secret deployment became public.

The Prince did not speak to reporters as he left the troop carrier. Surprise, surprise! According to the AP, Harry was greeted by his father and brother at the Brize Norton air base in Oxfordshire, southern England.

Prince Charles spoke about Harry and the media leak saying, "I feel particular frustration that he was removed unexpectedly early because, apart from anything else, he had been looking forward to coming back with the rest of his regiment."

Officials say the Prince could be deployed later this year, but won't pinpoint exactly where. Shocker!