Webbed wonder Tobey Maguire caused the usual pap crush outside of Villa -- but this time, a large vase full of flowers was smashed in the process! Quick, call 911! 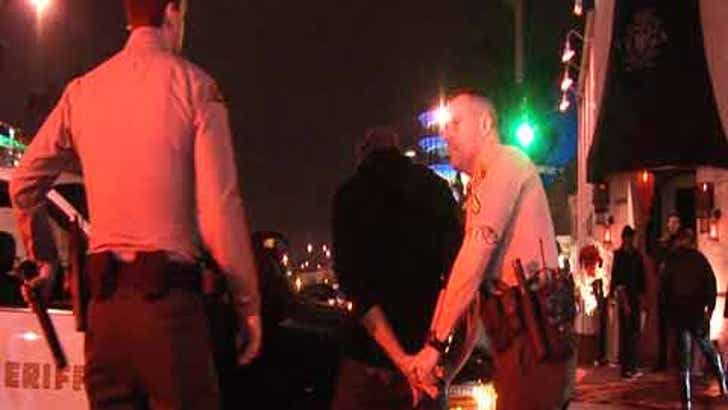 Two paps were handcuffed and put into police cruisers, only to be released later without even a citation. Law enforcement decided there was no sufficient evidence for formal punishment. Unless you count horticulture abuse.