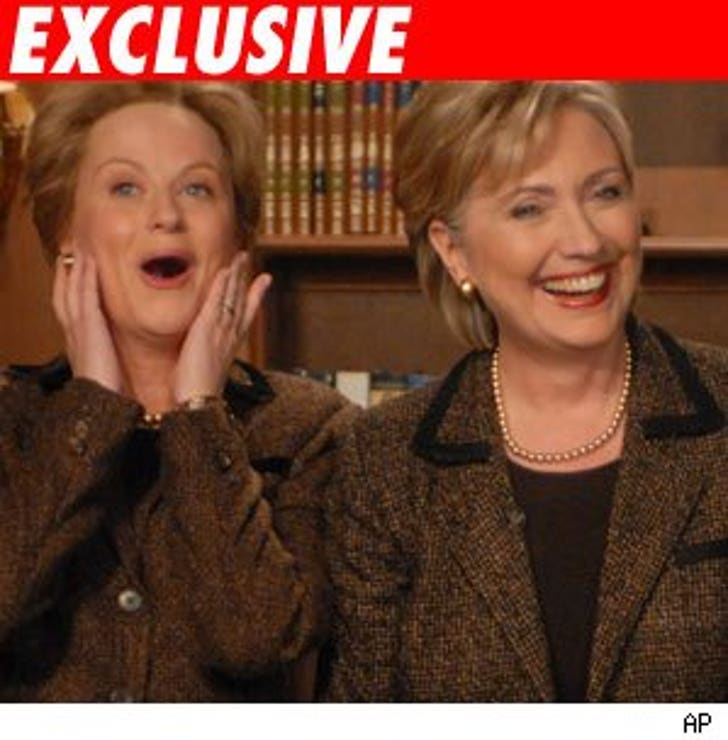 Unlike her debates with Barack, Hillary Clinton's appearance on "SNL" this weekend came with no arguments from the New York senator.

Sources tell TMZ the skit -- featuring Amy Poehler in Hillary drag -- was written on Saturday afternoon and sent over to Hill's camp for approval. We're told the material was promptly okayed with no edits. She's not the candidate for change!

While sources tell us Clinton skipped the earlier run-through, she showed up to the studio at around 10 p.m. -- blanketed with over 15 security guards and Secret Service. We're told Hillary was a really good sport and left not too long after the opening sketch was finished.

After Tuesday's primaries, the country may know if her campaign is finished.