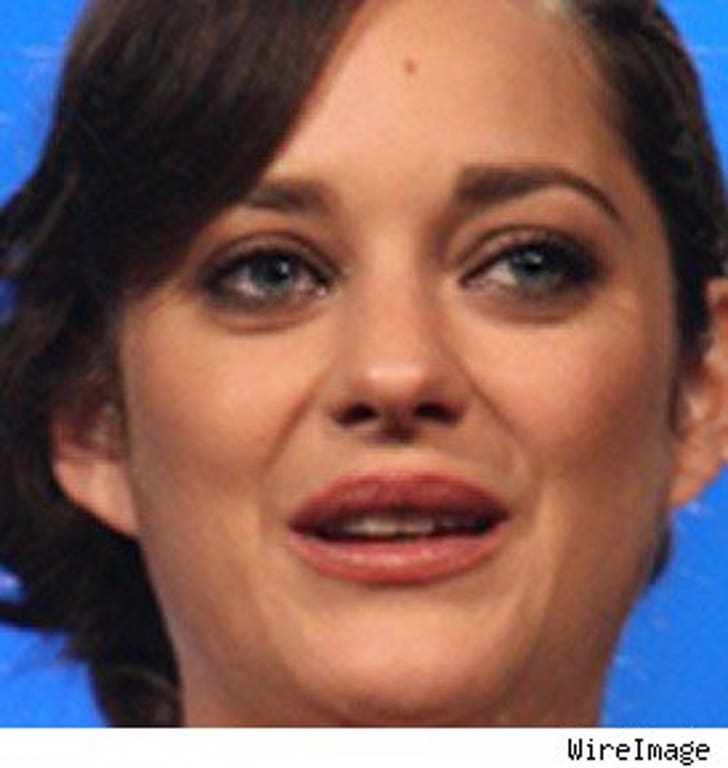 Oscar bitch Marion Cotillard must think Americans don't know French so she can pretend she didn't say what she said. Well, she said it.

Her Paris-based lawyer, Vincent Toledano, tried spinning his client's comment about 9/11, claiming she was taken out of context.

But we've looked at the original transcript and she did indeed say that Americans destroyed the Twin Towers themselves because they wanted it rebuilt and blowing it up was cheaper than renovation.

UPDATE: Cotillard's rep has released the following statement to TMZ: "On February 16, 2007, I appeared on a late night French television program,'Paris Dernière.' In the last 48 hours, my statements on that program have been taken completely out of context and been crafted into a story that hasn o merit. The conversation on the talk show included a dialogue about
conspiracy theories. At no point did I intend to contest the horrific attacks of September 11, 2001, one of the most tragic days in all of history. Nonetheless, I sincerely regret if my comments offended or hurt anyone."