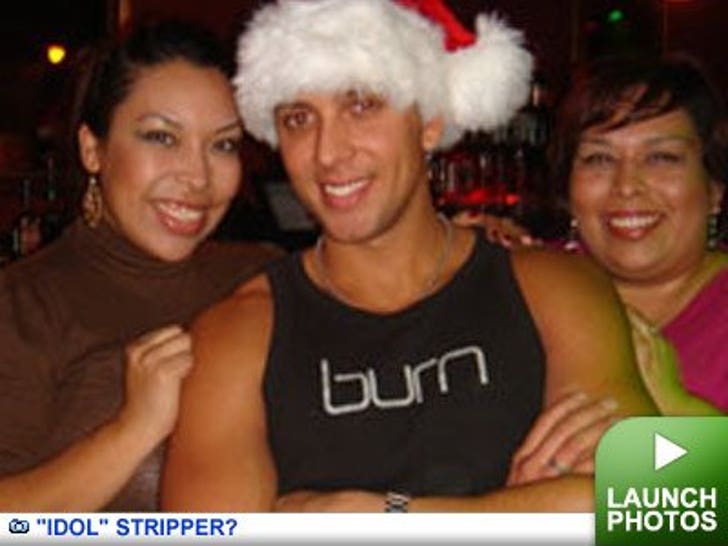 Every "American Idol" seems to have a skin scandal, and this year's involves pretty guy David Hernandez, a gay strip club, and a big trove of half-nude pics of David tending bar. 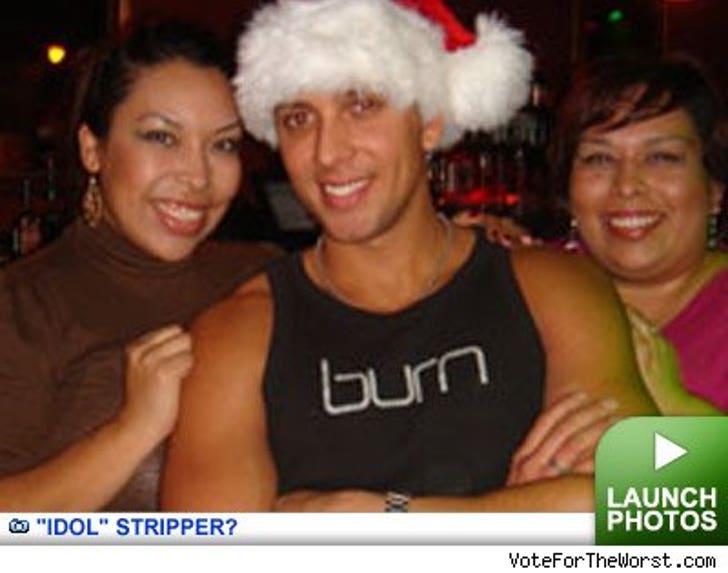 Hernandez worked as a bartender at a gay club and the saucy snaps of that gig have landed on VoteForTheWorst.com. And today, the manager of a strip club called Dick's Cabaret in Phoenix. tells the AP that Hernandez performed fully nude and did lap dances for the mostly male clientele at Dick's -- and "made good money" to boot.

No word if he'll face the fate of Season Three's Frenchie Davis. FOX tells TMZ, "We don't comment on the personal lives of the show participants."