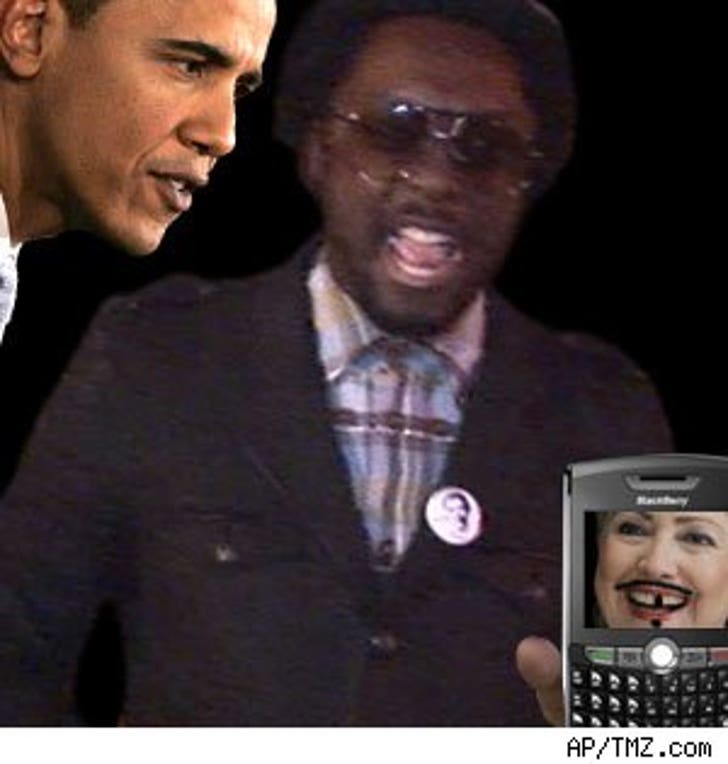 Barack gets the Black vote -- BlackBerry that is!

Research in Motion -- the maker of BlackBerry -- has teamed up with Black Eyed Peas frontman Will.i.am's website, Dipdive.com, to run a series of pro-Obama videos.

While the folks at RIM haven't officially endorsed Barack, Will.i.am is a fierce supporter of Obama. The Dipdive website has so much Obama content, it might as well be run by his camp!

Hillary's people better call Apple and get on the iPhone train!