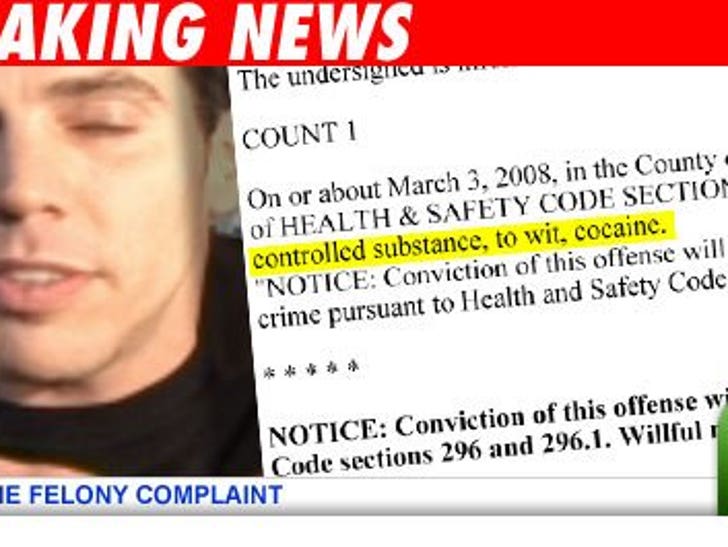 This is no prank -- "Jackass" star Steve-O has been hospitalized at Cedars-Sinai Medical Center and has also been charged by the L.A. County District Attorney with felony possession of cocaine. 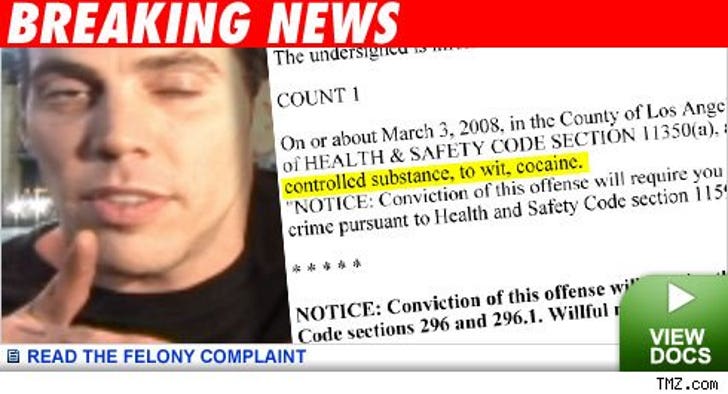 Regarding the hospitalization, we're told O was admitted to the Thalians Mental Health Center last Sunday -- the same place Owen Wilson was at.

The drug charge stems from his arrest on March 3 for allegedly vandalizing his neighbor's property, whereupon cops found him in possession of coke.