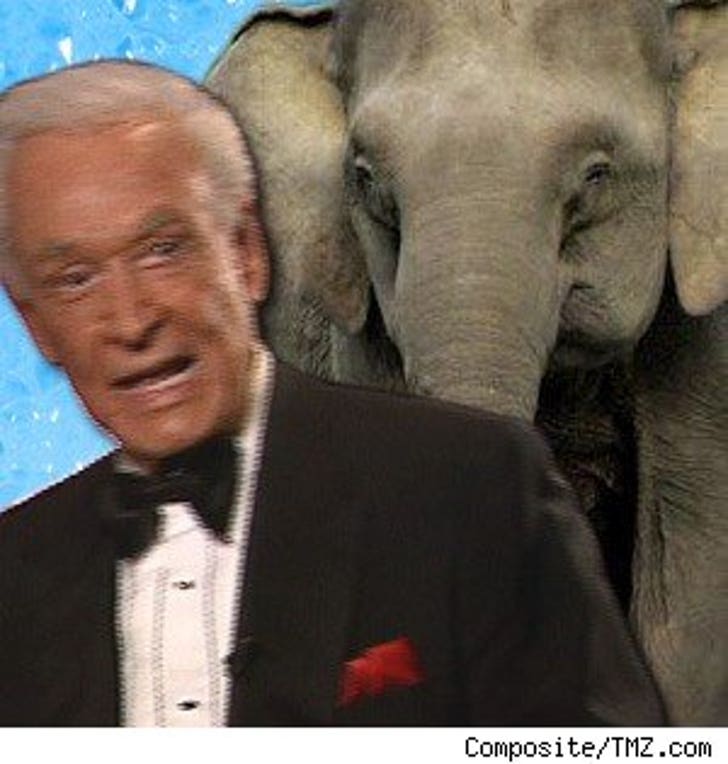 Pet reproduction isn't the only thing Bob Barker wants put a stop to!

Barker criticized the zany stunt for its lack of educational merit, saying, "Such a stunt does not instill respect for these very special and endangered animals ... it sends the message that elephants are mere objects of entertainment."

Bob has a point -- but who wouldn't want to see an elephant enclosed inside a soapy bubble?