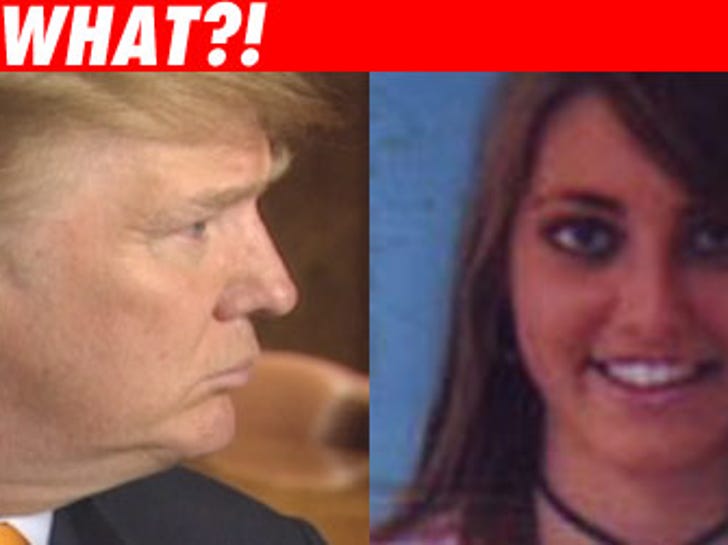 Breathe in hard, and you'll catch a whiff of the s**t smell wafting through Donald Trump's office. 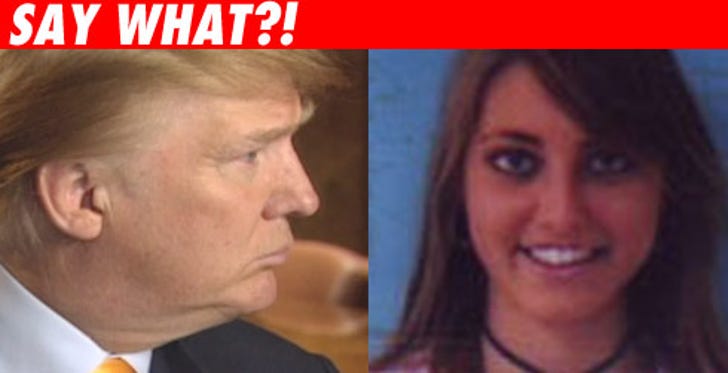 The Donald now is casting blame at the 17-year-old girl who ended up naked at his party. The girl showed up at Trump Vodka's Super Bowl party slinging his vodka without a stitch of clothing. Trump says she's just a publicity whore.

His reps tell TMZ -- with a straight face -- that Chanell Elaine Hallett crashed the party, and just happened to have her whole body painted with Trump Vodka logos. BTW, the so-called party crasher was allowed to serve up the vodka. Trump's rep says, "Given the circumstances, we can only guess that she crashed the event to seek publicity for herself."

The rep adds that Trump is "appalled." For more of the statement and the pitch to buy the Brooklyn Bridge, read on.

"Drinks Americas contracted with modeling agency Professional Event Marketing of Scottsdale, Arizona to hire three promotional models , all over the age of 21 to be opaquely painted with logos for this event. The three women we contracted through the agency were to promote the brand throughout the evening. All three were in attendance. We do not know why Miss Hallett was there, but she was not there having been hired or working for us. Given the circumstances, we can only guess that she crashed the event to seek publicity for herself.

We are appalled and always work to adhere to our social and civic responsibilities as a premium alcoholic beverage marketing company."