TMZ has learned that Shia LaBeouf finally showed this morning in a Burbank, Calif. court this morning to enter a plea -- sorta. 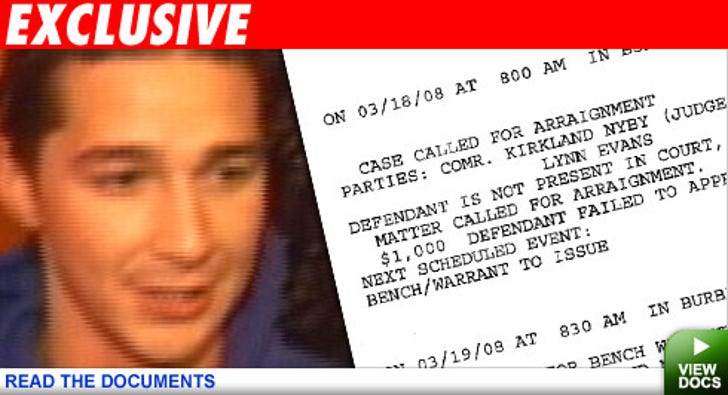 Attorney Michael Norris appeared on the "Transformers" star's behalf and pleaded not guilty to unlawful smoking.

A judge had issued a warrant for LaBeouf's arrest after he or his lawyer failed to appear yesterday in court.

A date of April 24 was set for an arraignment and pre-trial hearing.

UPDATE: Norris tells TMZ a warrant was ordered yesterday, but never issued -- so Shia "was never in danger of being arrested." The warrant was withdrawn today.