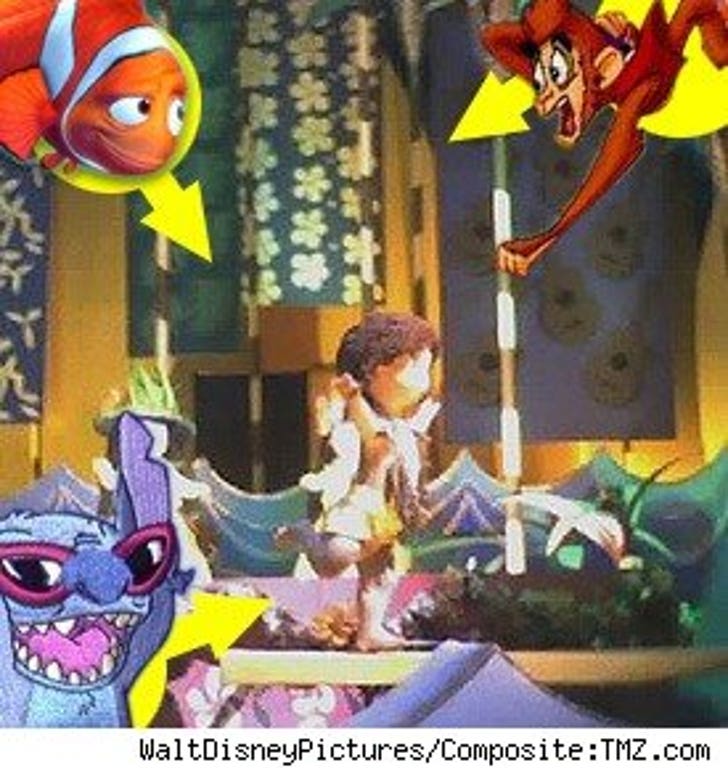 Despite heavy protests from angry fans (check out our poll from yesterday), Disney appears to be going through with their plan to add signature characters to a new and improved version of "It's A Small World."

A source was on Disney's Burbank lot yesterday and saw concept art displayed on monitors in the commissary. The video monitors showed Imagineers in the Disney workshop already building pieces for the new ride.

Specifically, Abu (Aladdin's monkey side-kick) appears to have found a home in the Middle Eastern section, Nemo is swimming around an undersea area, and Stitch looks like he might be popping up in the Polynesian section.

What'll be next? Mickey sipping rum with the "Pirates?"