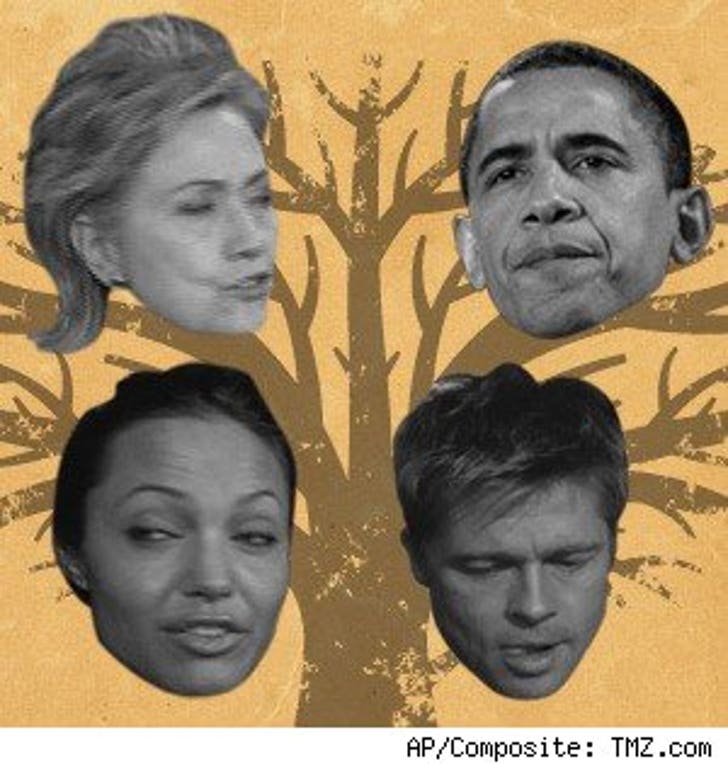 This is one crazy family tree! The New England Historic Genealogical Society, the oldest and largest nonprofit genealogical organization in the country, has found a way to get Barack and Hillary together -- through lineage!

They claim Barack Obama and Brad Pitt are ninth cousins, and Hillary Clinton is related to Pitt's baby mama, Angelina Jolie -- they're also ninth cousins. That family reunion would have drama for days!

The report also says that Obama is a very distant relative of President Bush. According to the Geological Society , they are 10th cousins, once removed ... whatever that means.

Barack is also linked to five other Presidents -- including Harry S. Truman and Gerald Ford.

Hillary is a distant cousin of singers Madonna, Celine Dion and Alanis Morissette, because of French-Canadian descent on her mother's side. If she doesn't win the nomination, maybe they can form a band. 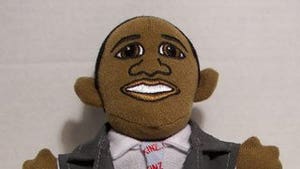 Hang With Obama - In Bed! 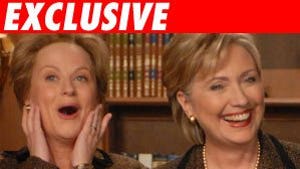