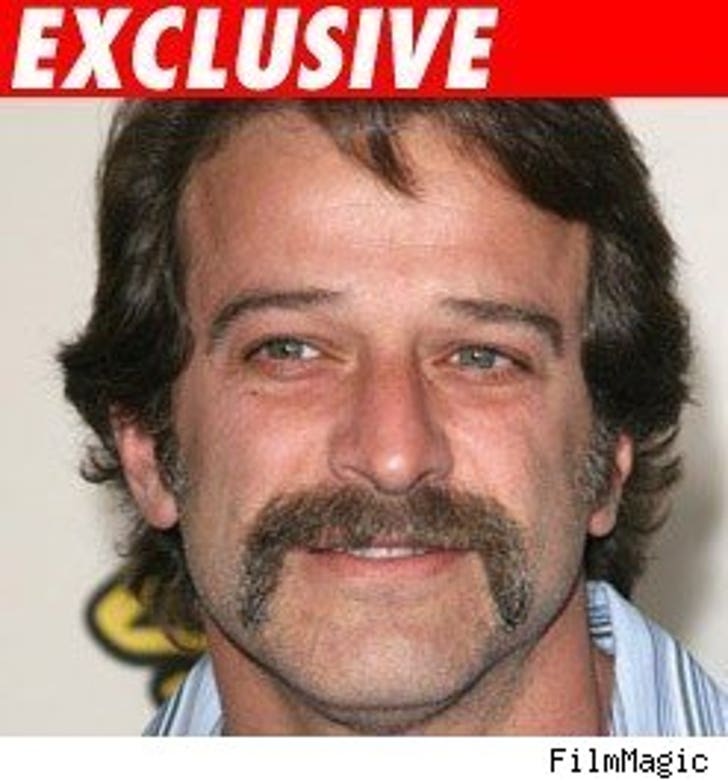 UPDATE: Covert was arrested by LAPD and taken to the Wilshire Division police station, but he was not booked. LAPD tells us the matter is still under investigation.

Allen Covert, who has co-starred in over a dozen movies with Adam Sandler, was arrested on the set of his latest Sandler collaboration after he got into it with a photographer.

Covert was arrested by the LAPD at around 6:00 PM PT on the set of "Bedtime Stories." He was charged with battery and was eventually released.

We're told Covert approached the pap -- who was on the sidewalk outside the high school where they were filming -- argued with him, spat on him and tried to slap the camera out of his hand. Covert was upset because he thought the photographer was filming his kid.

We're also told Sandler was on set at the time with his daughter. Guy Pearce and Courteney Cox-Arquette also star in the movie and were there as well and saw the whole thing go down.