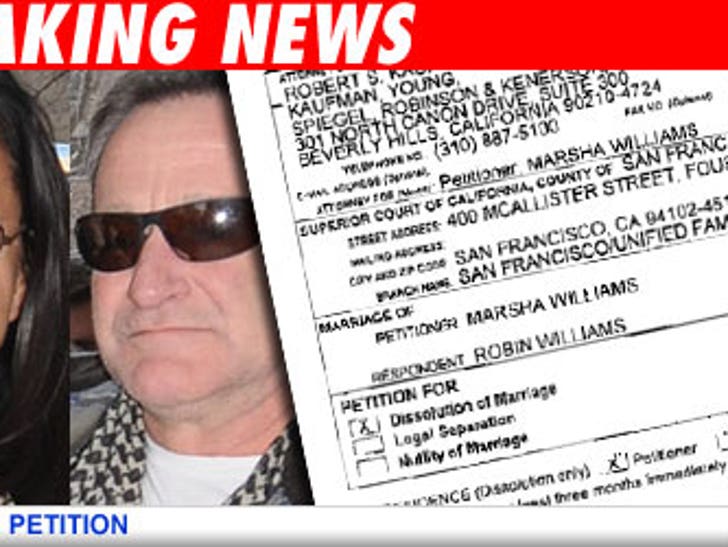 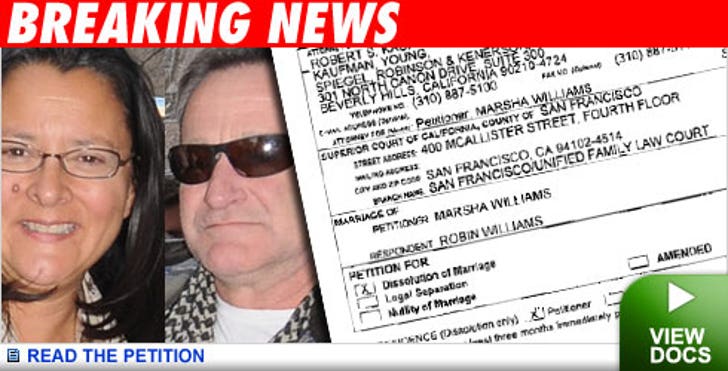 The papers, filed in San Francisco on March 21, cite irreconcilable differences as the reason for the split. The couple, who were married in 1989, got together after Marsha worked as a nanny for the actor and his first wife, Valerie.

The couple often worked together, founding Blue Wolf Productions. Marsha was a producer on "Mrs. Doubtfire" and "Patch Adams." They also created the Windfall Foundation and worked with Doctors Without Borders.

They have two children -- Zelda and Cody.

Robin's rep confirms the split but offered no additional information.