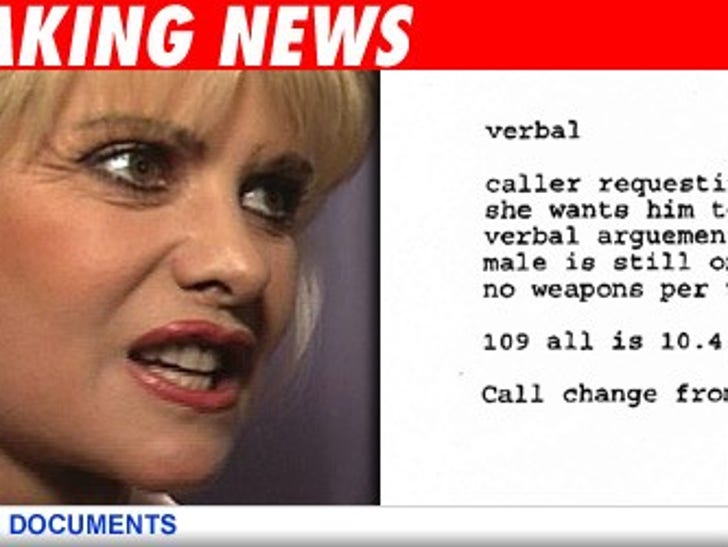 Right before the wedding?? That's not a good sign! Ivana Trump and her much younger boytoy fiancé Rossano Rubicondi got into a St. Paddy's day row in Palm Beach -- and she called the cops! 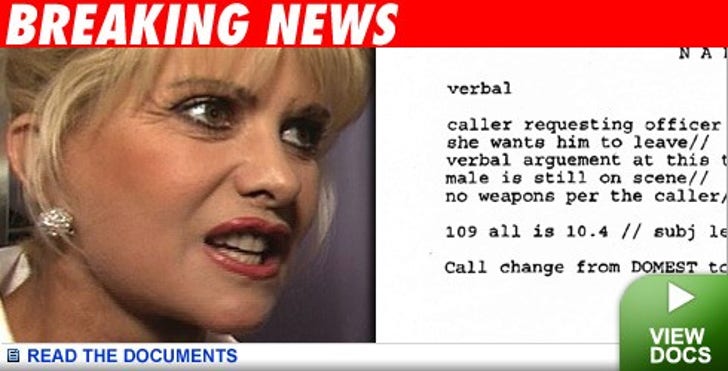 TMZ has obtained the 911 call transcript after Ivana called the Palm Beach PD, requesting an officer come to their $10 mil manse. According to the call log, Ivana wanted Rubicondi to leave the house after getting in to a verbal argument but he refused. Paging Donatella Versace!

The report indicates he did finally leave. Maybe he was upset over the reported 25 bridesmaids she's got!

We contacted Ivana's people for comment, but haven't heard back yet.