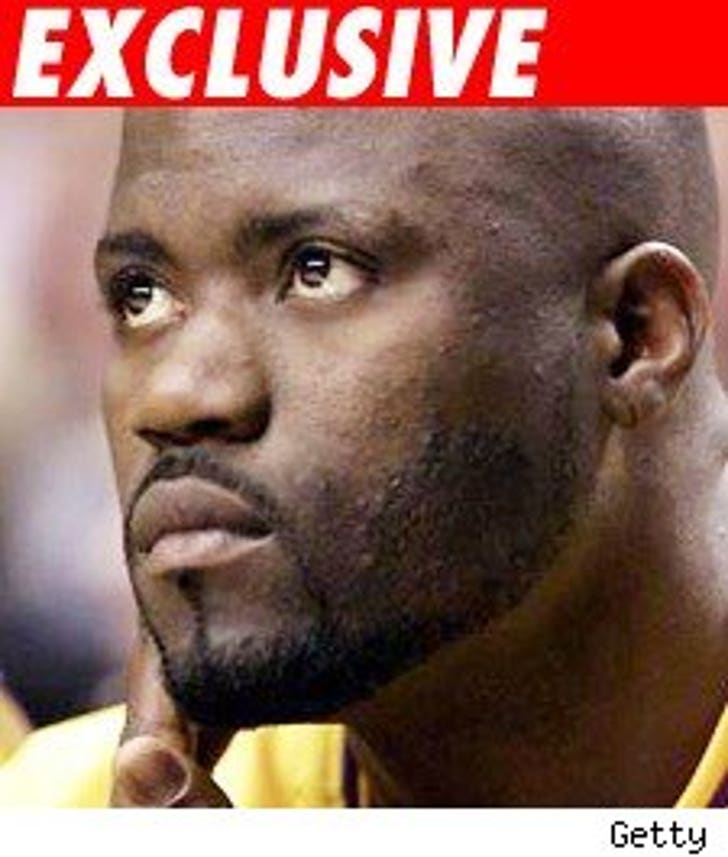 Police sources say Rider, who played the for the Timberwolves and the Lakers, was driving through skid row in L.A. at 2:30 this morning when he failed to stop at the limit line at an intersection -- you would think the guy would know something about the whole out of bounds thing.

Anywho, cops ran the plates and found the 2001 Chevy Monte Carlo was hot, so the LAPD popped him for grand theft auto (and crossing a limit line) and he was booked on $25,000 bail.

BTdubs, Rider was arrested earlier this month for possession of narcotics and evading a cop.

In 2006, he was also busted for kidnapping. He pled guilty to lesser charges, including felony cocaine possession. He was sentenced to seven months in jail and was placed on three years probation. Alley-oops.