Look out below! At least 40 wrestling fans were injured Sunday night when fireworks and cables landed on the crowd at WWE's huge Wrestlemania event in Orlando. 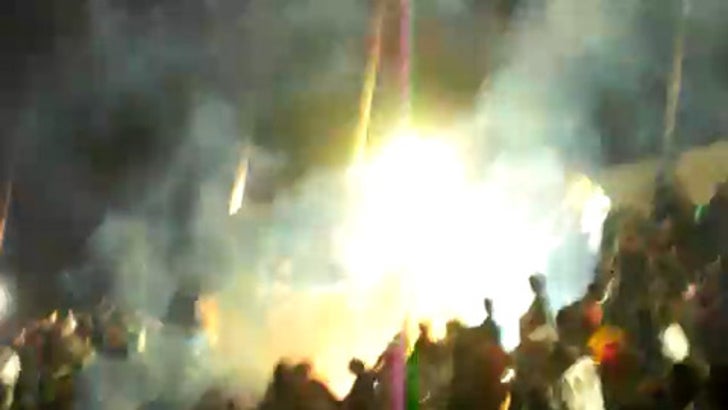 A pyrotechnics display went haywire, sending hot cables flying in to the crowd. One victim told a local TV station, "It felt like a whip. I have a welt on my neck. Like a baseball bat hit me. It was horrible. Horrible."

For their part, the WWE feels bad. In a statement to TMZ, they say "While we apologize to anyone who was injured and/or alarmed by this occurrence, we take solace in the fact that the reported injuries were minor. "