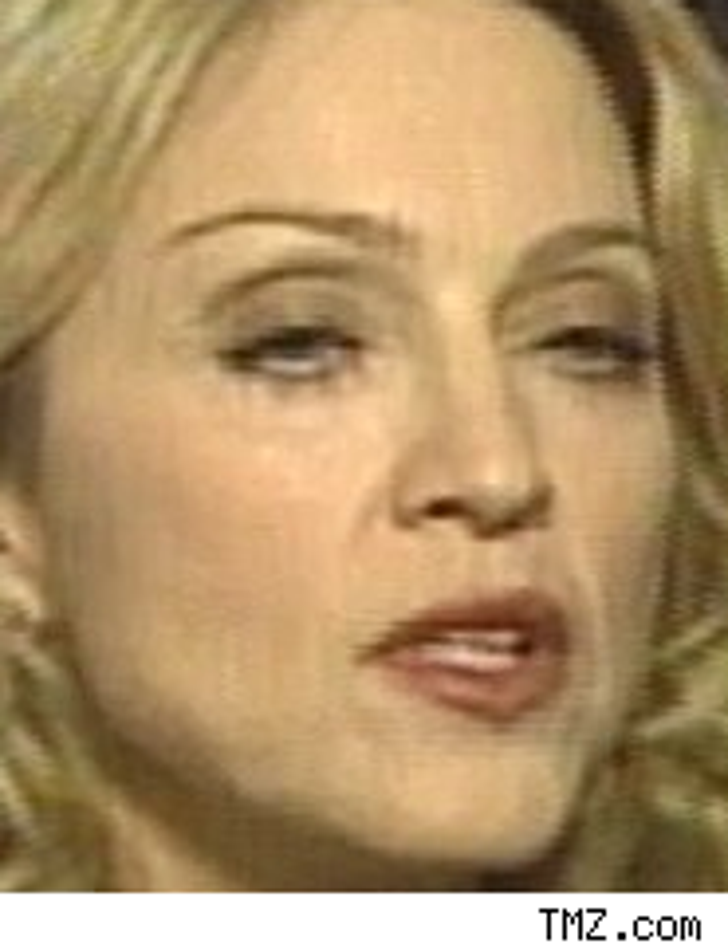 Maybe the most outstanding thing about Madonna's new album "Hard Candy" is just how much cold, hard cash she's already made from it – and it's not even out for a month.

The Material Mama has sold more than half the tracks off "Hard Candy," reports the Telegraph, to sell everything from hairspray to cell phones to movies for companies from Uniliver to Fuji to Vodafone. Not only is it going to line Madge's already-deep pockets outright, it means that she'll get plenty of free play of the tunes for weeks before release.

Oprah's Dog Gets Her Own Show

Oprah Winfrey will be using her late, beloved cocker spaniel one last time – as the dedicatee of a show investigating abuses at puppy mills.

"Sophie gave me 13 years of unconditional love. She was a true love in my life," says Winfrey on Friday's show. The spaniel died last month from kidney failure; she wasn't from a puppy mill, but Winfrey says she would look to adopt from an animal shelter.

Last week, TMZ told you about how Winfrey set up an LLC called "Sophie's Penthouse" to buy a dee-luxe apartment in the sky.

Party Favors: Kanye Helps Schlep His Fans ... Eva's "Grounded" in a Good Way ... Got Botox on the Brain?

No, it wasn't an April Fool's Joke: Kanye West is launching something called "Kanye Travel Ventures," a "travel program specifically geared to serve the business and leisure travel demands" of Kanye's fans, at KanyeTravel.com. ... Eva Mendes says she feels "really good" and "grounded" after her stint in rehab, reports People. She's working out four days a week, amongst other random improvements. ... Dept. of Explaining H-wood Vapidity: A study in the new Journal of Neuroscience says that Botox – uh, Botulinum neurotoxin type A, that is – can move from its injection site to the brain stem. It could disrupt nerve cells and change spinal cord circuitry.