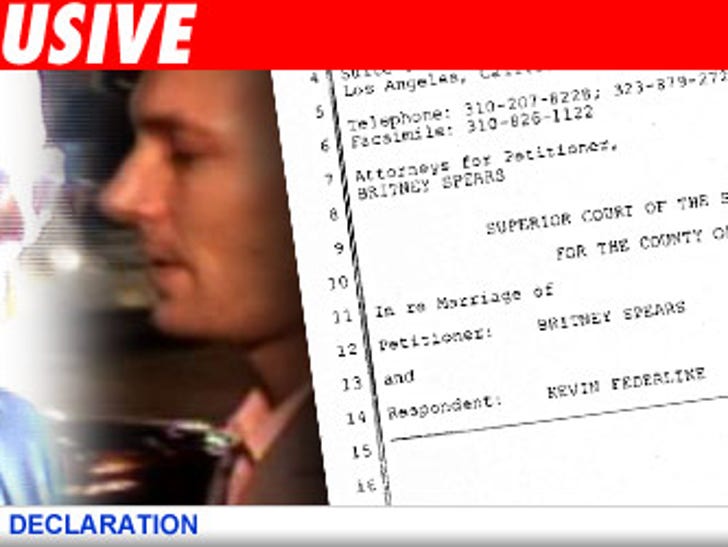 So we just got our mitts on a bunch of papers in the Britney Spears custody case, and it appears Brit's former lawyers are using TMZ to prove who was leaking info like Brandon Davis at a beer fest. 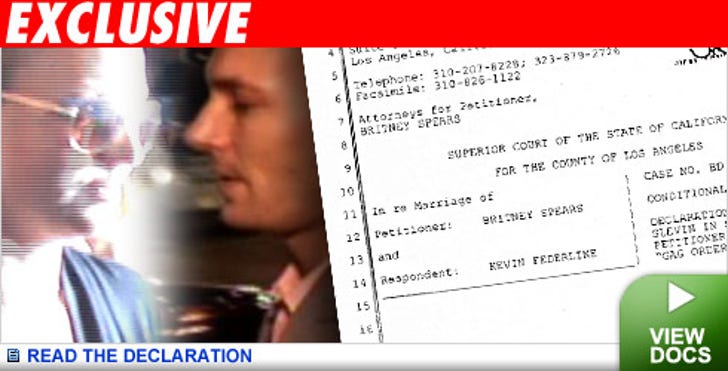 According to a declaration filed by attorney Hillary Slevin, she seems to be saying what triggered her firm's interest in a gag order was a bunch of stuff we were putting on the website.

ITEM: "On December 12, 2007 ... I was viewing the website known as TMZ.com. At that time I saw that TMZ.com had set up a streaming video in front of a building where counsel for respondent, Mark Vincent Kaplan has his office."

ITEM: "The video continued to play throughout the morning ... At approximately 10:50 AM the text stated that Petitioner (Brit) would not be appearing for her deposition because she was ill."

And it goes on and on, suggesting that K-Daddy's lawyer may have been the leak. Note to Hillary: How do you think we would get information about why Britney wouldn't be attending the depo -- How would he know? Of course, we're not sayin how we got it...