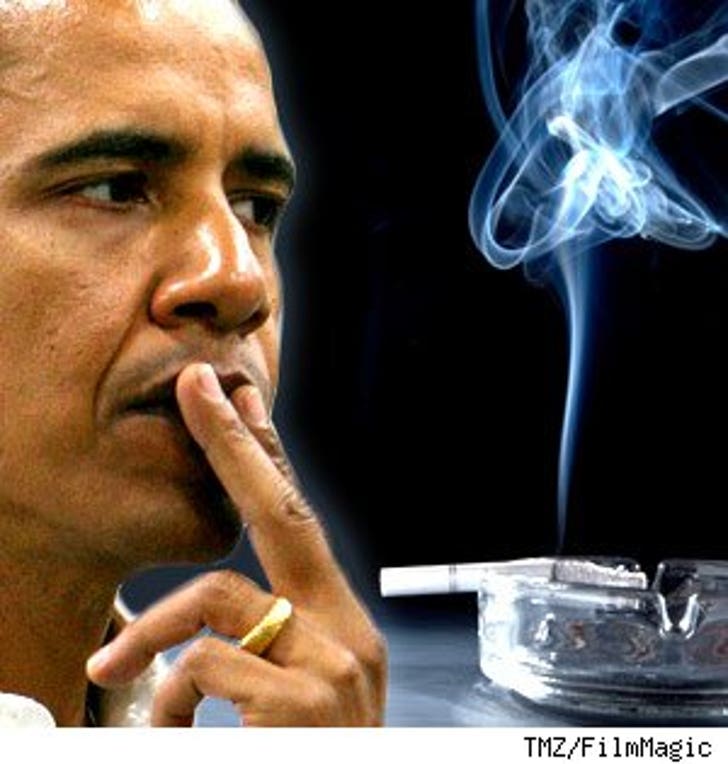 There may be something more dangerous to Barack Obama than pastor Rev. Wright -- his nasty smoking habit!

While Barack allegedly quit smoking back in February 2007, ABC News Correspondent Jake Tapper says he ran into the Illinois senator in August when he "reeked of cigarettes." Obama did inhale! Obama even admitted he "fell off the wagon" on last night's "Hardball." Maybe LiLo can lend Barack some of her Ariva.

If BO wants to stay off the cancer sticks, he should just take his own advice and say: Yes We Can!