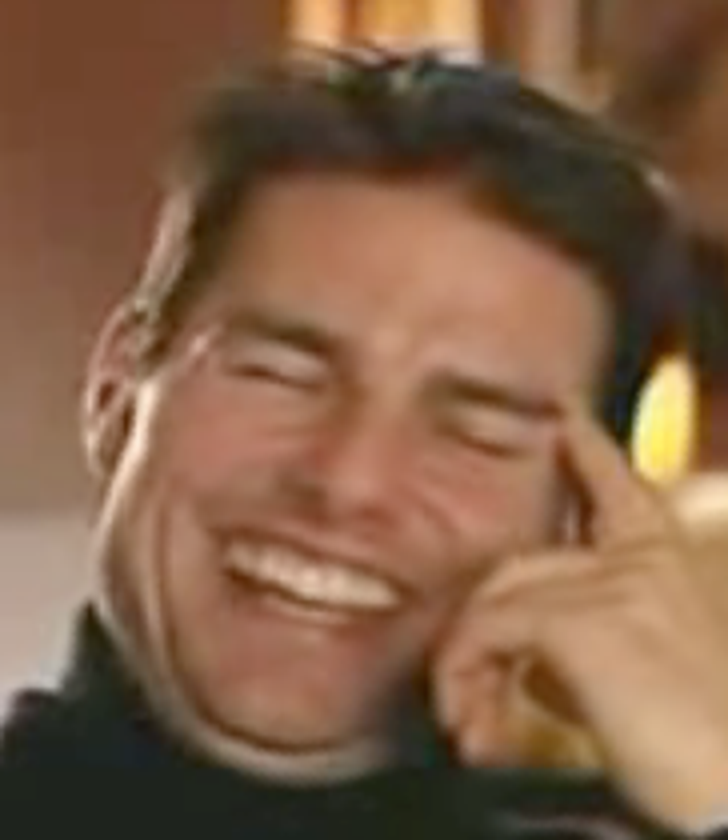 Talk about getting clear, dude: Tom Cruise's lawyers want to cut the bud on a strain of super-strong pot that's being marketed as "Tom Cruise Purple."

So say Rush & Molloy, who report that the actor's legal eagles are "taking a serious look" (heh *cough* heh) at the green, and that one of Cruise's friends thinks it's "outrageous" that some of Cali's "cannabis clubs" are selling the chronic branded with a snap of Cruise "laughing hysterically."

One toker says that the Scientolopot is the "kind of pot that makes you hallucinate." 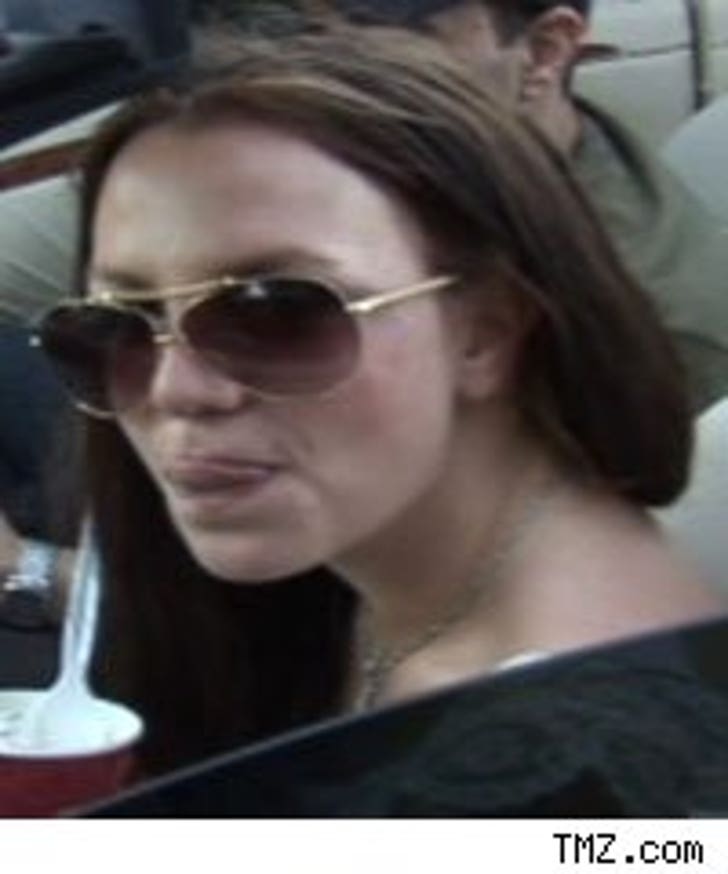 While J-L spent her birthday at J.C. Penney back in Mississippi with baby daddy Casey, People reports that Britney was throwing down at Hollywood's Ed Hardy, getting Jamie some sweet swag. Brit got handbags, scarves, and T-shirts for the sis, and some other stuff for her dad and bro.

She did see the kids yesterday, too.

Hey, it isn't the Hamptons or Mustique, but Rikers Island is as good a place as any for a wedding, or so Remy Ma believes. The convicted felon-rapper wants to get married there while she awaits her sentencing. ... Please spare us the shrill-ionaire: Heather Mills has been looking for real estate in the Big Apple, but did it incognito. Still, according to Rush & Molloy, she got into a spat with Paul McCartney, and wouldn't let him see their daughter while they were in town. ... While shooting "State of Play," we're told that Russell Crowe loved the fresh ricotta gnocchi at D.C.'s Spezie so much, he had it ordered it for the entire crew. Owners Cesare Lanfranconi and Enzo Livia took care of Crowe and his crew while they shot near the restaurant.