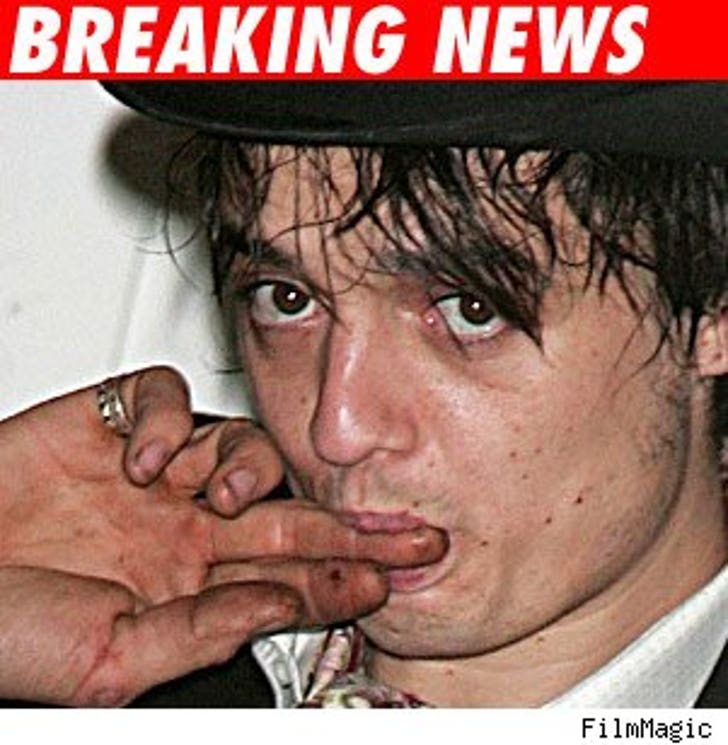 The crazalicious trainwreck that is Pete Doherty has been sent to jail -- again. This time he got 14 weeks for violating a probation order. And no, this is not an old story.

The life in shambles Babyshambles' frontman's sentence was handed down Tuesday in a London court -- thus postponing his sold-out show on April 26.

Doherty's record label wouldn't dish on exactly what Doherty did, but he reportedly was still using drugs and had not complied with the terms of his probation. Ya think?