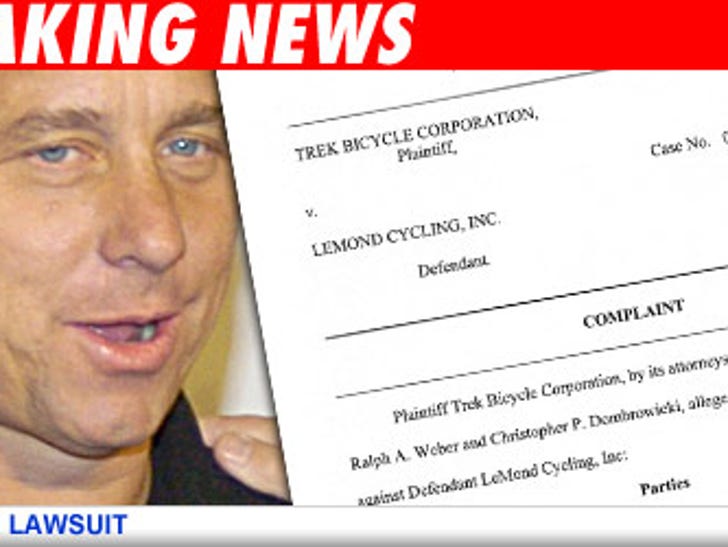 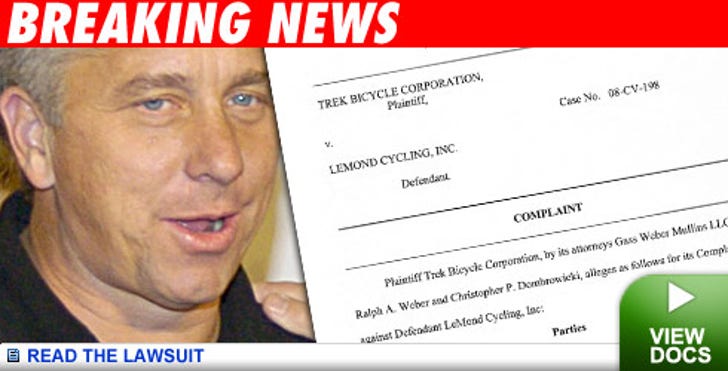 Trek Bicycles is hauling LeMond into court to end their business deal immediately because, as the lawsuit says, Greg has "impaired" and "destroyed" their $5 million partnership by dissing cycling hero Lance. The has-been rider has been publicly accusing Armstrong of doping for years -- but who's the dope now?

And Trek is also pissed that LeMond has been selling their super-pricey wheels on the cheap -- they say he's buying bikes at an employee discount, then selling them through back channels, and not through licensed dealers. A lawyer for LeMond couldn't immediately be reached for comment.