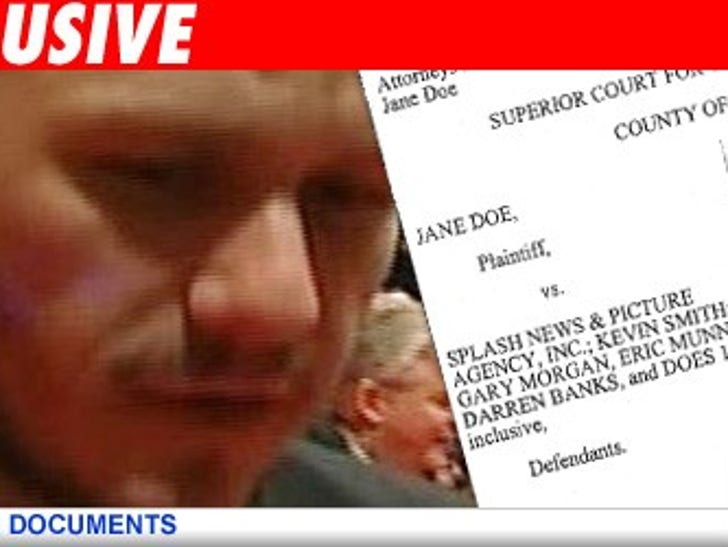 TMZ has just obtained a copy of the bizarre lawsuit that was filed minutes ago in L.A. County Superior Court, alleging that Heath Ledger was set up by two photographers who allegedly fueled him with cocaine and secretly videotaped it for profit. 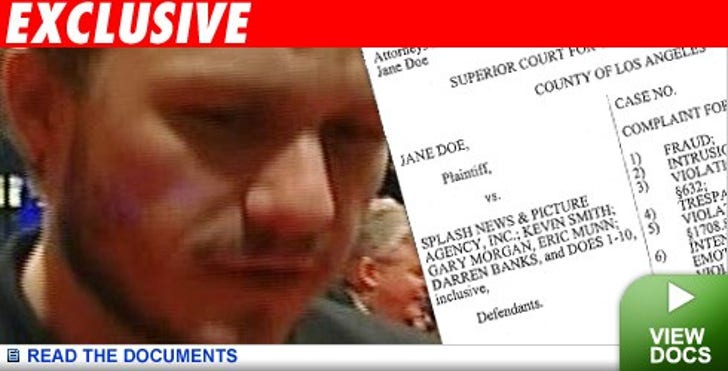 The suit was filed by a woman who called herself Jane Doe. At the time of the incident -- the 2006 SAG party at the Chateau Marmont hotel -- she was a freelance reporter for People magazine. Doe, who had booked a room at the Chateau, was dating Darren Banks, a photog. Banks and a photog friend met up with Heath on the outside patio and "shared a smoke." That's when the alleged trickery began.

According to the suit, Banks convinced Doe to allow all of them -- including Heath -- to go to her room. Ledger had no idea Banks and his bud (Eric Munn, also a photog) worked for Splash News, a prominent photo agency, also a defendant.

The suit claims "Munn gave Ledger a package of cocaine. Mr. Ledger also had some of his own. The cocaine was put on the table, and the men began snorting cocaine. Plaintiff did not snort any cocaine at all that night..."

The suit claims Munn left the room, but what Ledger and Doe didn't know was that he was "outside of our hotel room, on the balcony, hidden, shooting video footage of everyone in the room ..."

Allegedly Ledger eventually saw the camera and became irate. The suit claims he was promised the tape would be destroyed, but it was reportedly sold to "Entertainment Tonight" for $200,000. The tape was promoted, but never aired.

Doe is asking for unspecified damages for fraud, intrusion, infliction of emotional distress, and privacy violations.