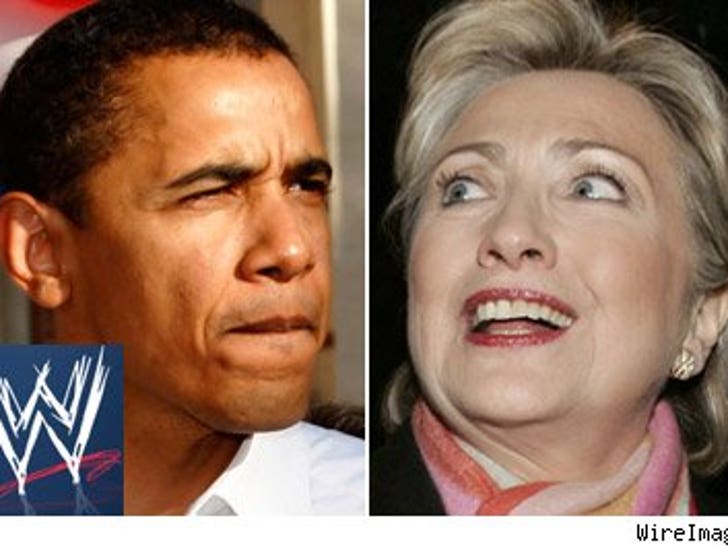 Forget settling differences with debates and political ads -- It's all about the body slam! 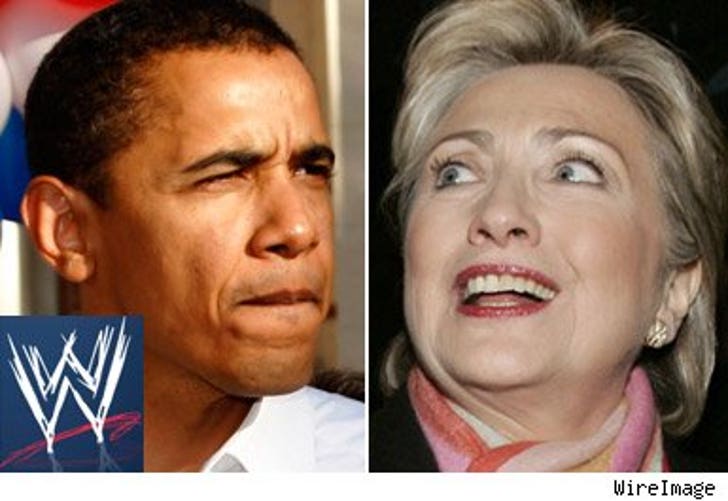 The WWE has invited Barack Obama and Hillary Clinton to wrestle away their woes on "Monday Night Raw." The wrestling corporation wants to see the two candidates clothesline their way to the presidency.

It would be a close match -- Barack looks like he can do a mean chokehold, but Hillary might get sneaky and tag Bill in for a double team!

We called reps for both sides, but haven't heard back. Chickens.