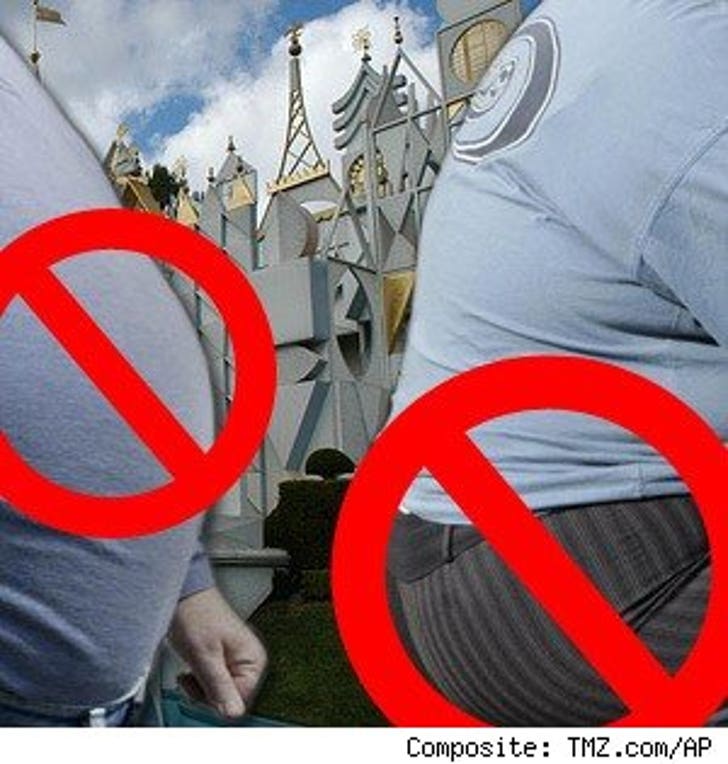 Disney is sayin' they're renovating the "It's a Small World" ride at Disneyland to introduce new characters, but what they're really trying to do is trim the fat ... people.

The boats on the ride are the same old ones when the ride first debuted at the World's Fair in 1964. Here's the prob -- 44 years and 20 billion Mickey D burgers later, America has become all blubber, and it's effing up the ride.

Two hundred pounders and up were populating the boats, which increasingly began bottoming out and stopping the ride dead in its tracks. And anyone knows you can become certifiable listening to "that song" for more than three minutes.

It became too embarrassing to escort passengers to dry land, explaining that the girth was just too much to bear.

Disney previously has denied the renovations have anything to do with weight issues.