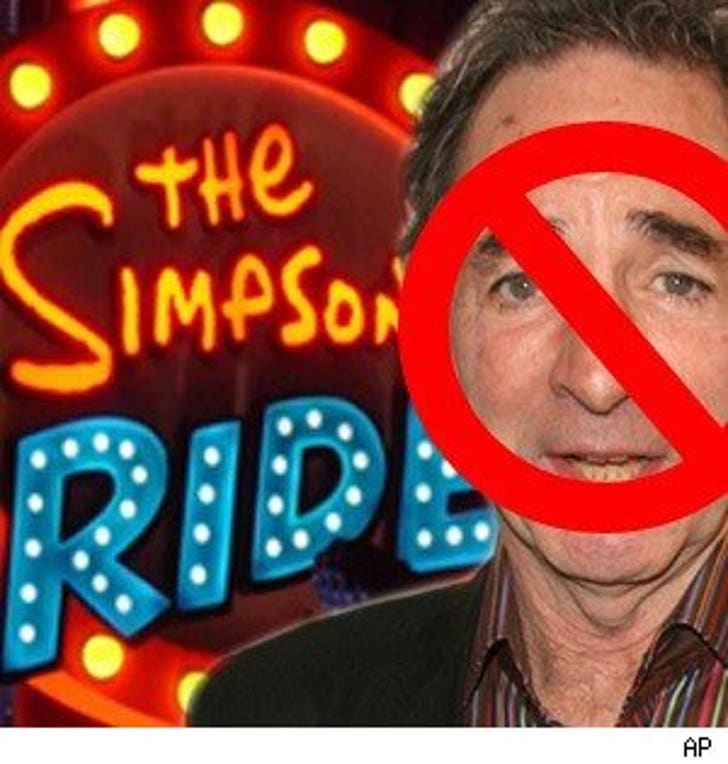 The long awaited "Simpsons Ride" will open at Universal Studios Hollywood next month - but don't expect Smithers to be its flamboyant host. In fact, a whole slew of characters won't be featured - namely Ned Flanders, Mr. Burns and his man Smithers - all voiced by Harry Shearer. Not so exxcccellent.

Early rumors had the ride's theme, allegedly called Project FISH (after Blinky, the 3-eyed toxic waste critter), focusing around Burns' power plant, but Shearer's decision not to participate changed all that. Instead, the ride will have a Krustyland theme where Homer and crew are strapped into a wacky teen-operated "thrilltacular". Hilarity ensues.

A rep for Mr. Burns, er Shearer, says the actor did not lend his voice due to scheduling and availability conflicts.