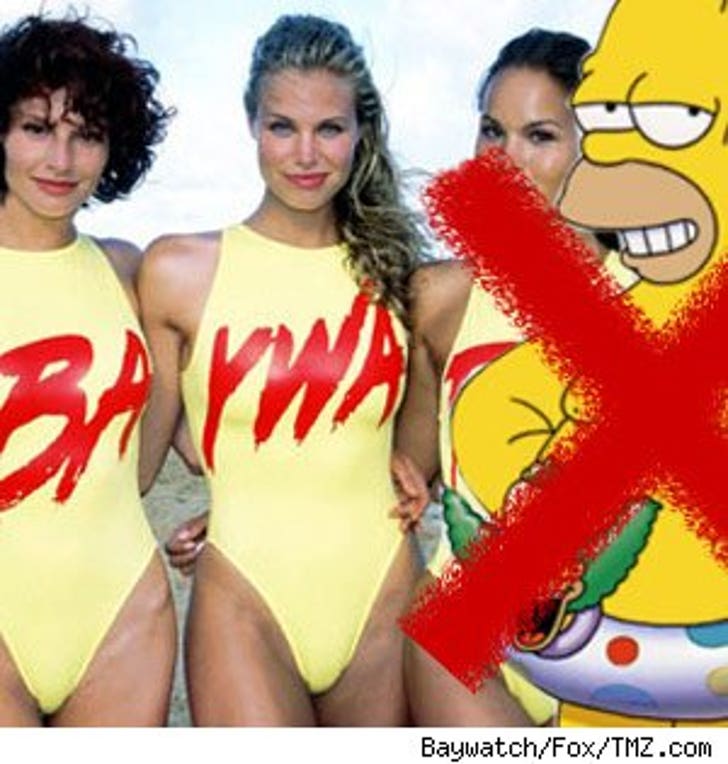 Chavez Venezuela has yanked "The Simpsons" off the air, claiming it may be inappropriate for children. Aye carumba!

Replacing the Simpson family - "Baywatch Hawaii" - a wholesome show where half naked bodyguards strut their enhanced ta-tas on the beach.

The decision was made to get rid of "The Simpsons" after several viewers complained to Venezuela's National Telecommunications Commission. Elba Guillen, a spokeswoman for Televen TV in Caracas, said showing the animated cartoon series at 11 a.m. could violate national
regulations prohibiting "messages that go against the whole education of boys, girls and adolescents." We're guessing Venezuela doesn't get irony.