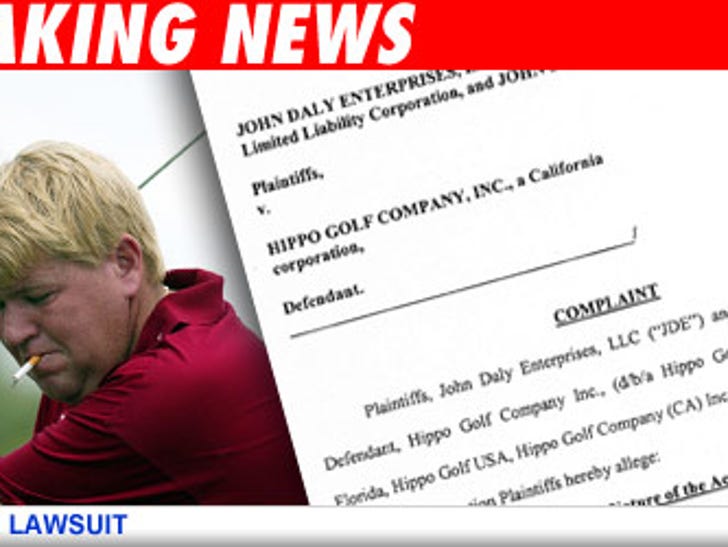 The Britney Spears of the golf world -- the trainwreckeriffic John Daly -- seriously thinks that his name is still worth something. 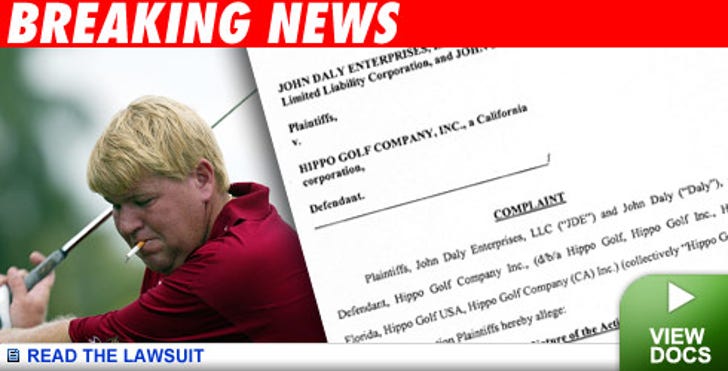 He's filed suit against Hippo Golf, whom he alleges used his logo and name to hawk a line of golf clubs after their deal with Daly had ended. Given how far he's crashed on tour -- and crazazy antics like walking off the course in the middle of a round and tussling with his wife in public -- it's a wonder anyone wants to be associated with J.D.

Hippo's lawyers had no comment; we're told that Daly's also embroiled in legal action with other golf companies. No wonder he can't hit the ball straight.