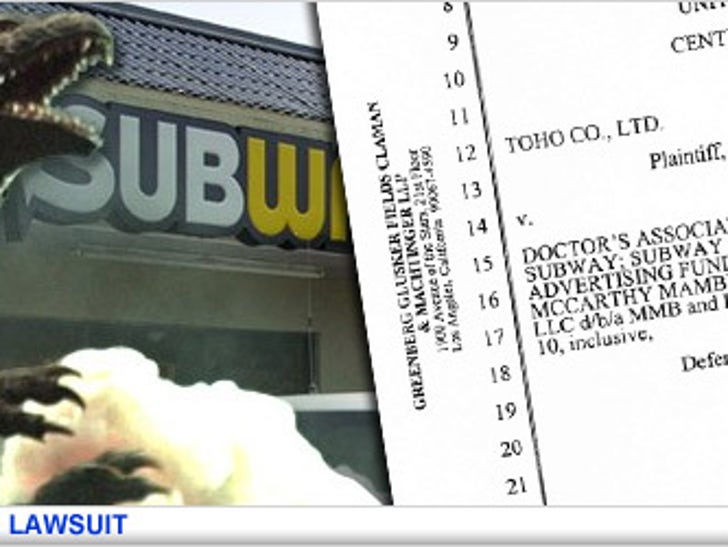 The company that owns the rights to Godzilla is so mad at Subway for using the giant lizard's likeness without permission, they might go storming the streets of Tokyo knocking over buildings and swatting away helicopters! 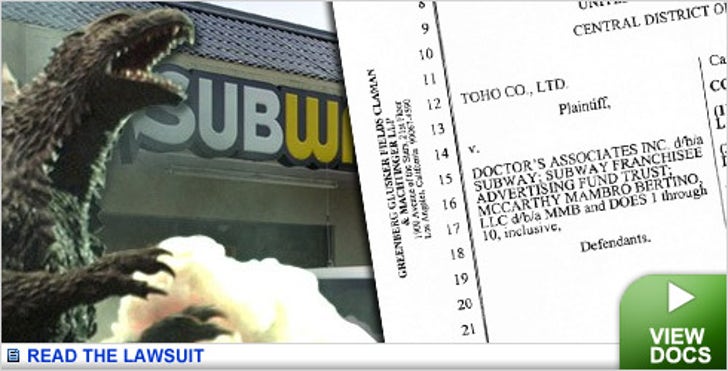 Toho Co. is suing the house that Jared built, claiming they used a Godzilla-alike in their latest ad campaigns. In their suit filed in Federal court, they claim the creature bears an overwhelming resemblance to Godzilla himself. Guess they have the market cornered on giant creatures crushing Asian cities.

Calls to Subway were not returned. Mothra and Rodan were unavailable for comment.